B4 The Lost Arcology with Mazes and Minotaurs

The game rules for this scenario will be Mazes and Minotaurs.

This will be basically an arcology of mutliple levels. Several levels of stone above ground, and several levels below ground.

There will be several portals on Crest of a Star that lead to this area.

Note that I don’t have lots of free time. So this will be done as I have time to work on it.

Doesn’t look like any surface part of Crestar… maybe all of it is underground ? Or maybe in a parallel universe ? The different color mountains will be explained later.

The green mountain near the blue oasis is the arcology. 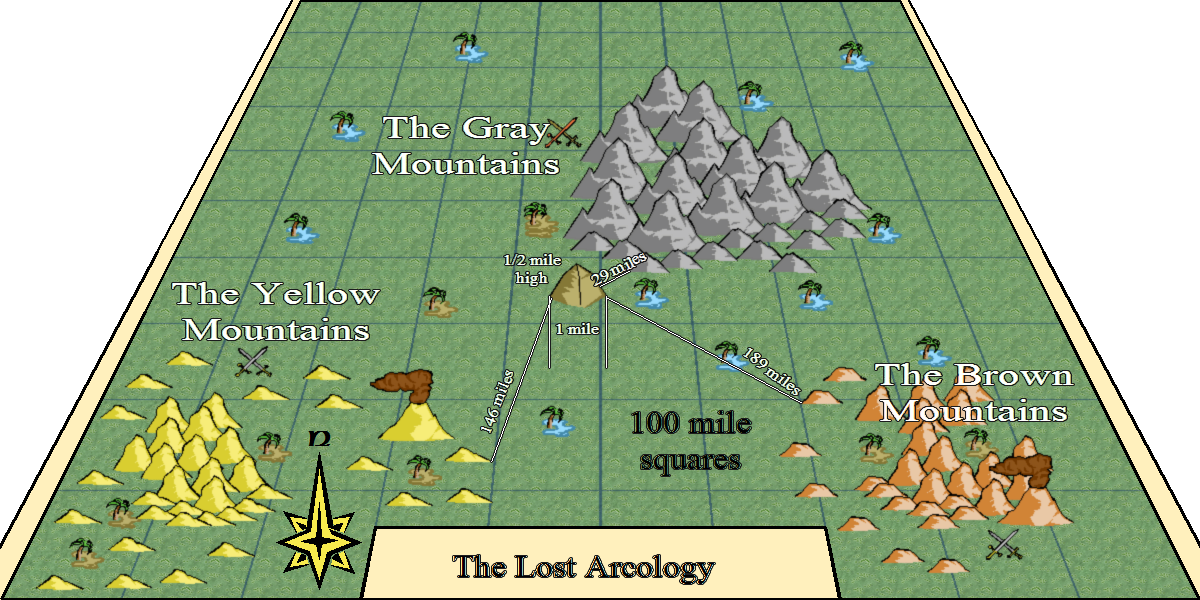 A close up of the area. Huge skeleton in Dead Lake.

Note the ruins near the arcology. Construction workers homes perhaps ?

That isn’t grassland, but green sand. Makes for a tougher journey than that gained at first glance. A Ranger or Elf will notice it is sand, not grassland, from a distance. It should be obvious to any character that walks or rides on it that it is green sand. 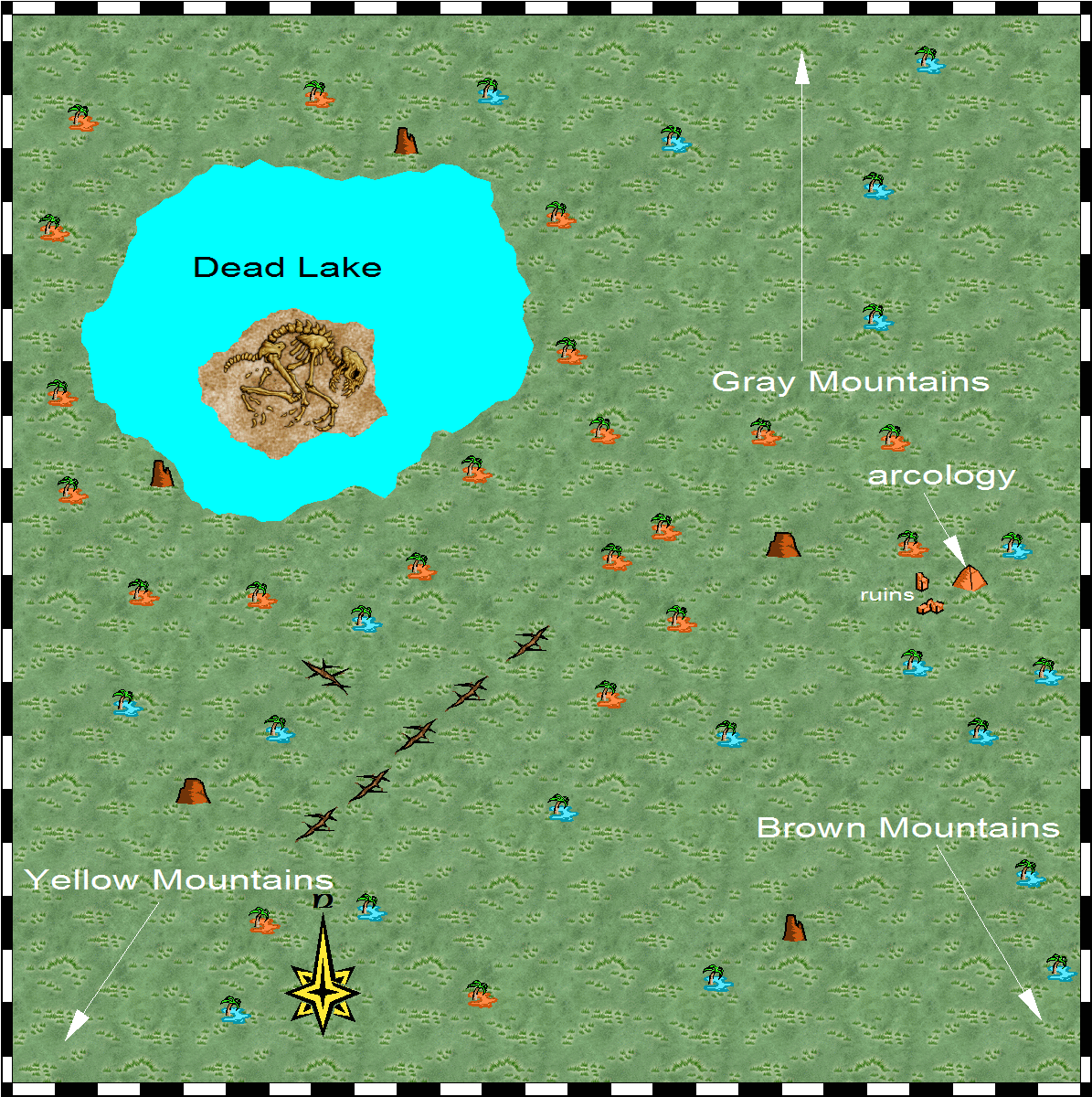 Close up view of the pyramid. 11 levels. Half mile high. Each stone level is 240 feet. That isn’t a lawn, but a moldy area. 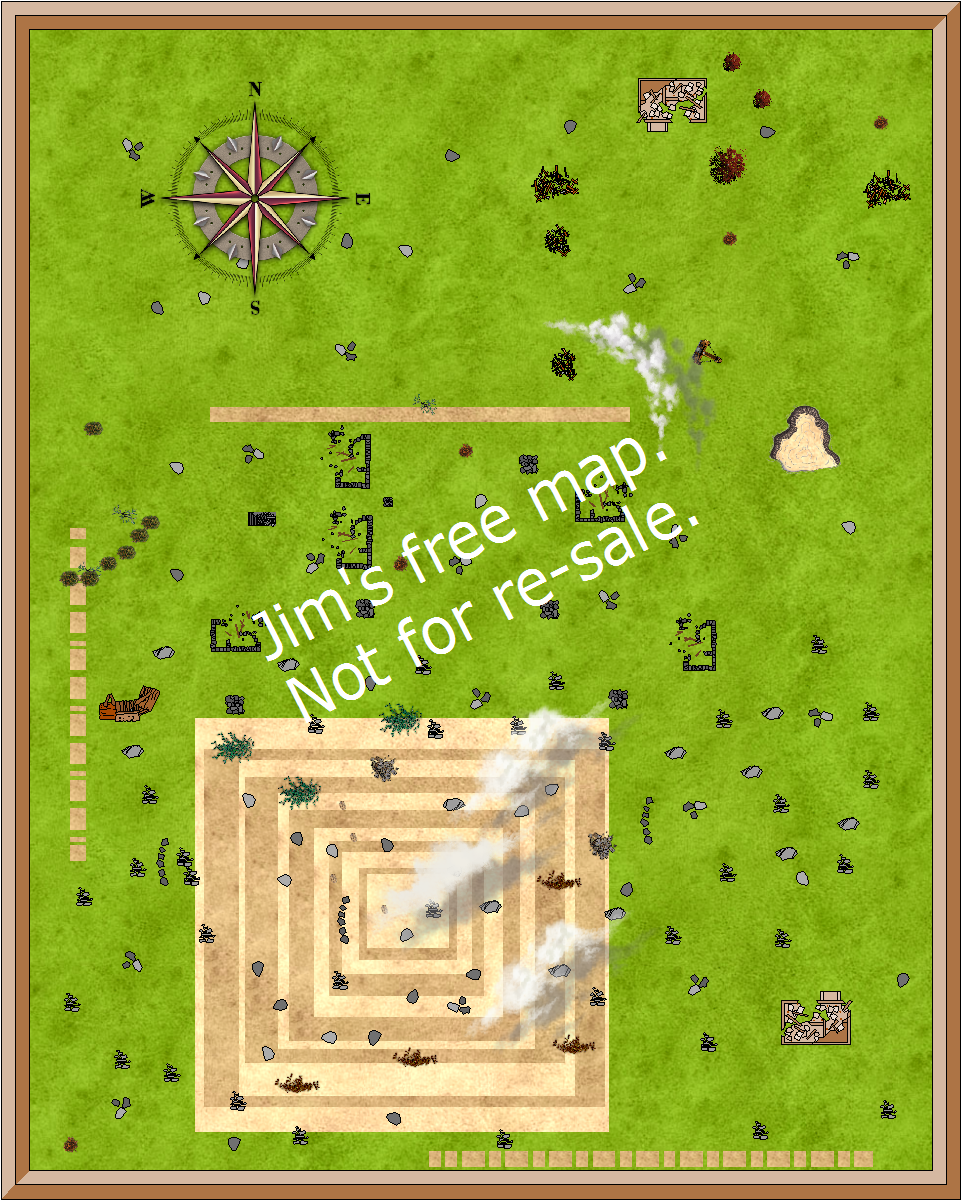