Off to the west of Bellshar, the southern hemisphere’s continent, lies an island group of one large and two smaller islands.

At one time it was somewhat different in geography and outlook, Sharn Nak Islands, part 1. At each other all the time, Orcs, Dwarves, Elves, and Humans.

Then change happened, Tantalow opened a Gate and death resulted.

While it is rare, you can see from time to time, a dwarf and an orc arguing over who is the better hand line fisherman, while drinking beer at the local tavern.

This doesn’t mean that they are buddies exactly, but these islanders pull together after the invasion centuries ago. It was all Tantalow’s fault anyway.

Few places to adventure. But there are some around old ruins on the southeast and northwest parts of Tantalow’s Island. And might be some on Star and Spill Islands, but only those who live there go to them.

But… it isn’t wise to go into a neighborhood, or large area, where your elf buddy doesn’t have any friends. Same would go for anyone else. Day time, mostly, things are calm, but between sunset and sunrise, you have to be careful. 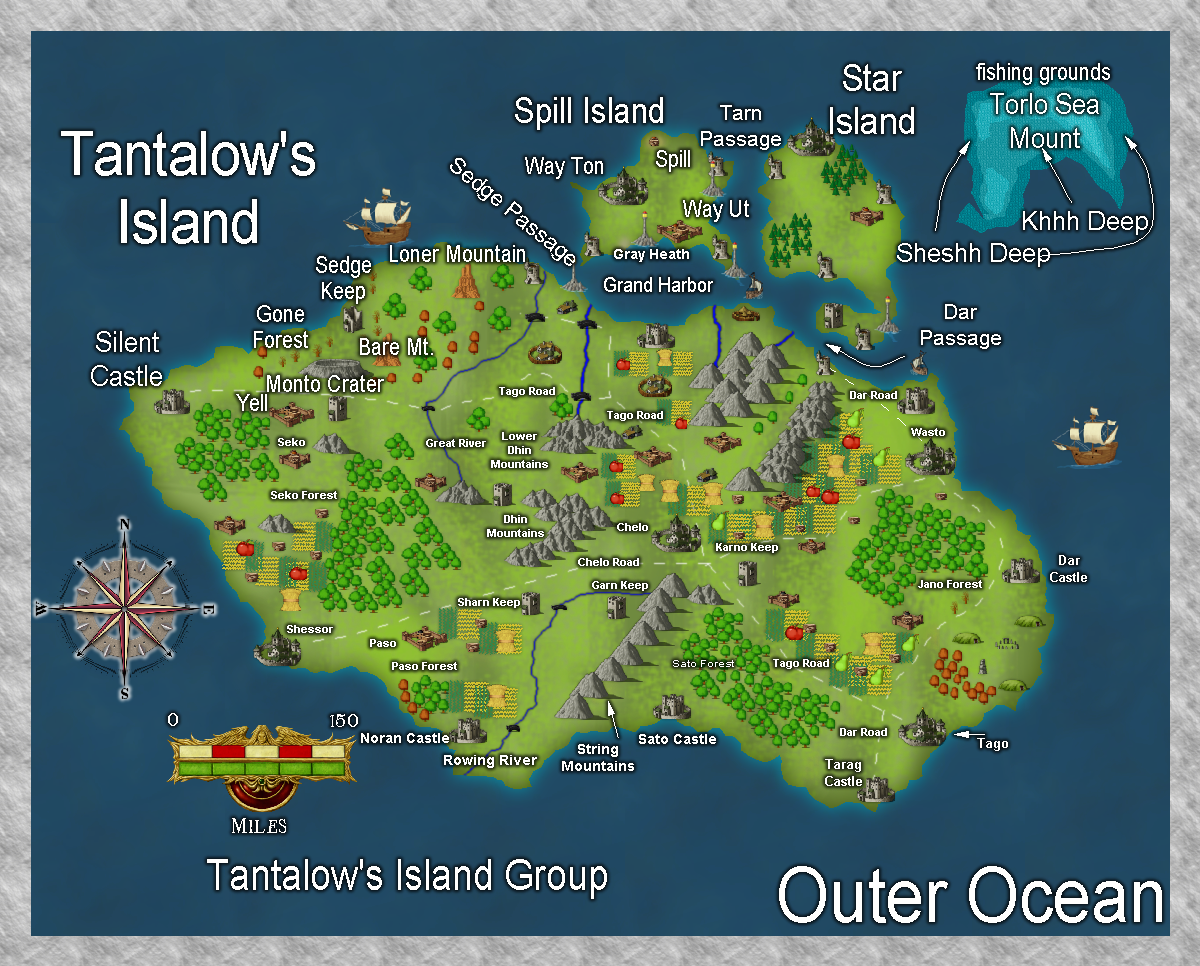