An interesting place. Evil and Good live here. They even greet each other politlely as they travel around the city.

Where are the Neutrals ?

They once lived here, but they all moved, or died.

Mostly humans, with a few half-elves.

The rest stay far away.

Locations
1) Gel-Kah, the only city on the western end of this island
2) Storm Point, not a pleasant place
3) Tellesh Castle
4) Bar-Lo Castle
5) Azure Castle
6) Azure-Tel, an ancient burial ground. Some King in the past tried to add a mound. The procession was blocked by cliffs thousands of feet high, that hadn’t been there before. Anyone tending the mounds is not blocked.
7) Zor-Kel, a lonely megalith
8) Dor-Lo Castle
9) Guardian Castle, provides guards for the wheat fields
10) Lonesome Castle, named after the hills
11) Tor-Lo Castle
12) Darana-Lo Castle
13) Lone Town
14) horse raising farms
15) cattle raising farms, a sturdy woolly creature
16) wheat fields
17) ruins
18) ship eater coast, tall cliffs. Dukes, barons, and Kings in the past tried cutting paths down to the water so wrecked ship crews could get ashore. Such paths disappeared over night. None have tried since.
19) Ghost Castle, a broken castle, and three abandoned villages.
20) Bow Castle, lots of archers live here. 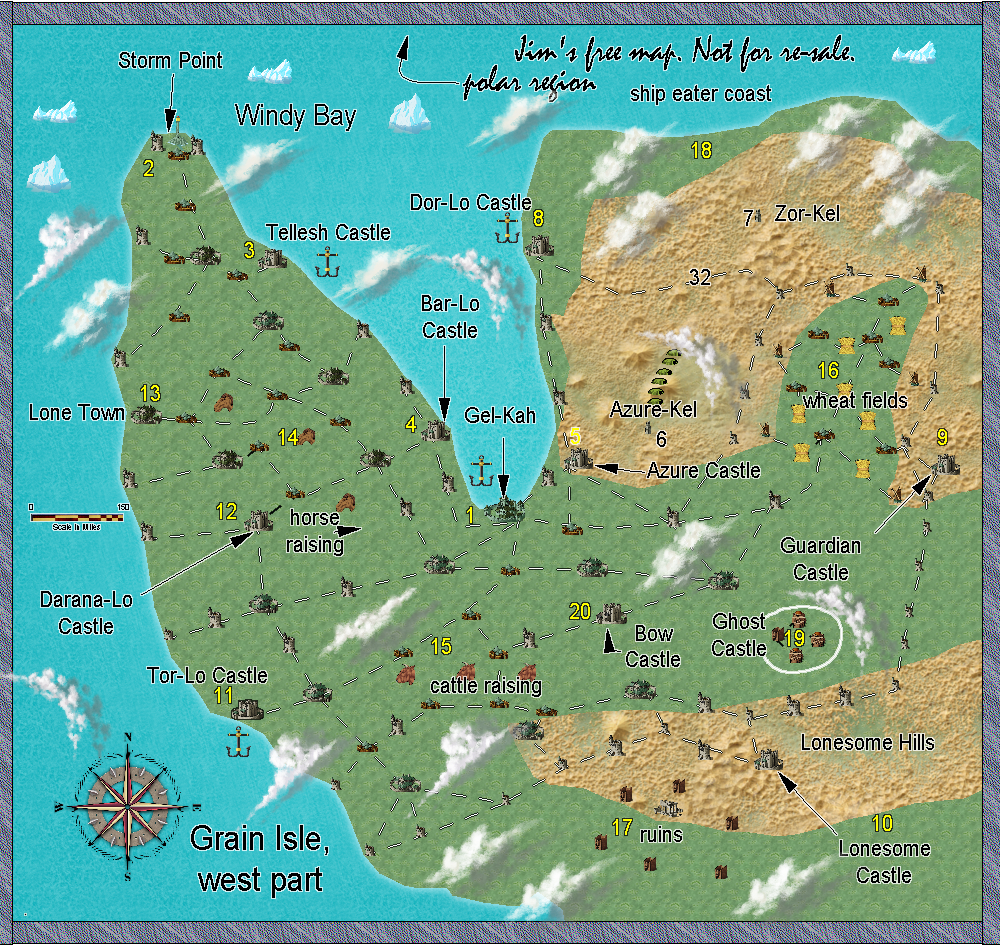