Near Groz, on the Inland Sea. North of Winifree is the Outer Ocean and the equator.

The Kukh River to the lower right has two branches coming down from Troll Mountains. They join up and head for the Outer Ocean.

The old name for the Mound Forest was Grinning Skull Forest. Somewhere in there, so it is said, is a large happy grinning skull.

The Kukh River doesn’t always flow and provide healthy drinking water. Sometimes is is very dangerous to drink from it.

The Smiling River and Kolosh River run clean and often. The rains that fall on Toola Mountains keep them flowing.

The Grand Duchy of Winifree is mostly Lawful and Good, but not Lawful Good. They are surrounded on land by Evil. The Troll Mountains are best to be avoided.

The small red squares on the map are generalized locations of castles.

Note that one end of Mound Forest is Lawful, the other is Chaotic. 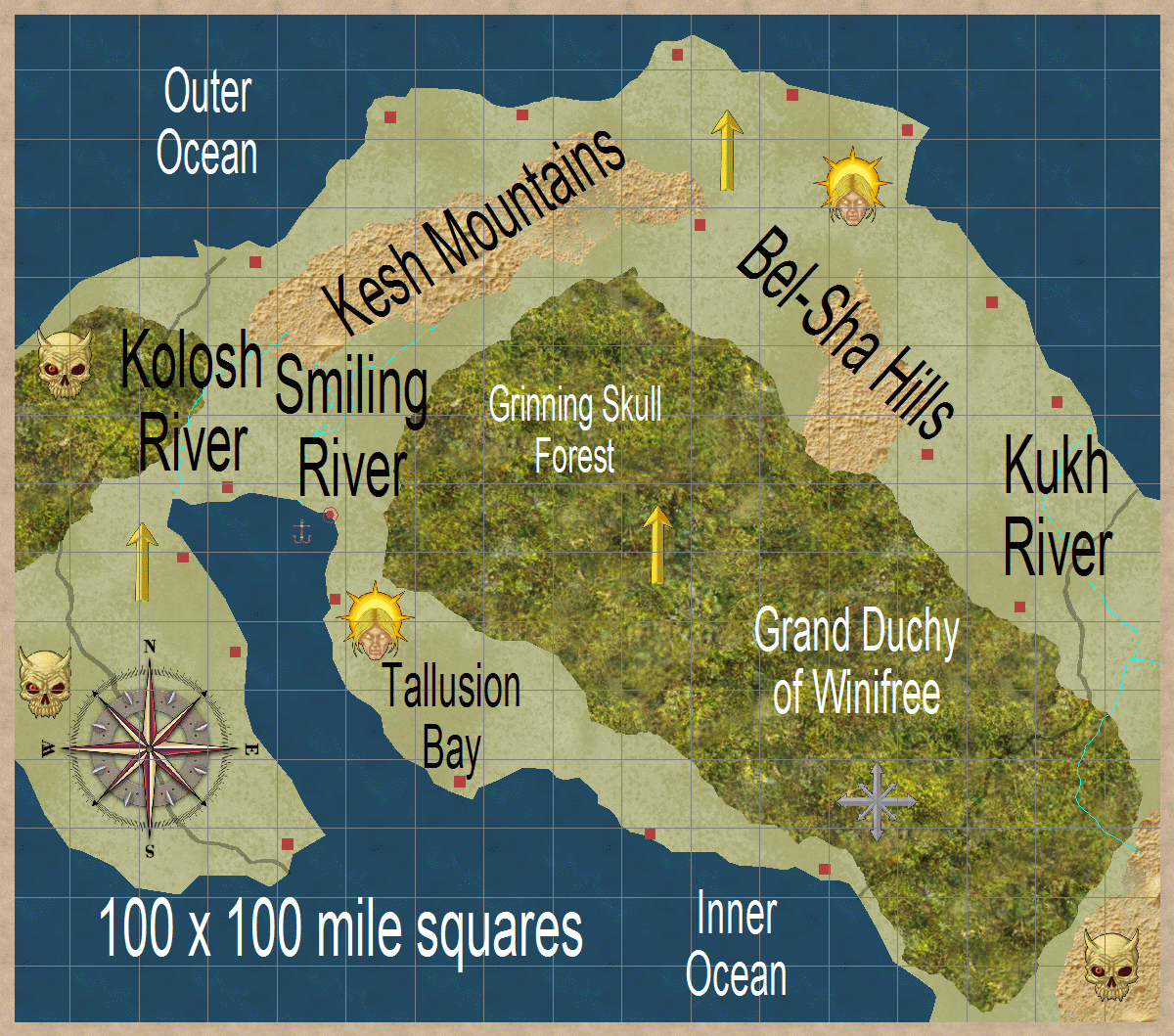