Lawful Nomads to the North, West, and Southwest. Adventurers heading for the Evil Hills will not be bothered as the Nomads consider them slightly crazy.

Evil brothers fighting over their father’s lands, The Land of Strife.

The edge of Trillolara and the great seaport Dtillan Orsti. Beware the con artist and the pickpocket. Far from the capital city of Sallor, talk is evil walks here and not just minor thievery.

Dwarfbas, the capital of the Dwarf King.

The Evil Hills, down deep below them is Dwarf Home. A long abandoned area of multiple levels and forgotten Dwarven Glory.

Some say it is cheaper to take a ship from Dtillan Orsti to Dwarfbas than travel overland. And there are others who say it is better to go overland.

Why is the island Traql not shown on this map ? Many in this area cannot see it, even if they sail right past it. A few sages know it is there. They don’t talk about it. Some great magic prevents many from noticing it.

Rich finds, many monsters, and evil people, disappeared people likely held captive in Dwarf Home, adventurers go in, and not all come out alive, or maybe the entire adventuring party are never hard from again.

Dwarven Artifacts of armor and gems, the Dwarves in Dwarfbas will pay handsomely for such items return. 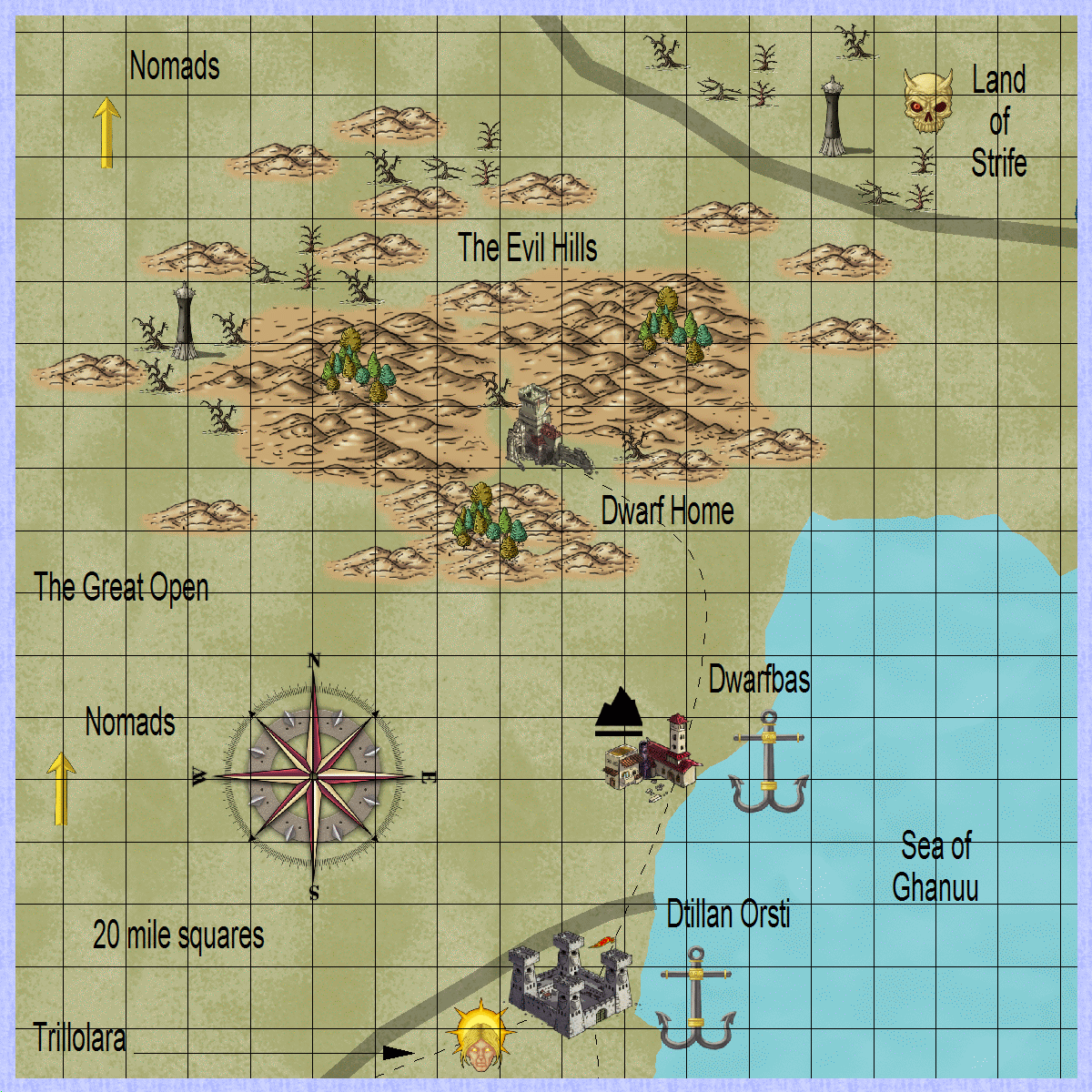 A closer look at the Dwarf Home area, Skull with eye marks the entrance found by earlier adventurers. But what about the ruined town and the ruined keep ? What are they for ?

The Hill Dwarves are where treasures found must be inspected to make sure adventurers aren’t taking away Dwarven Heirlooms. 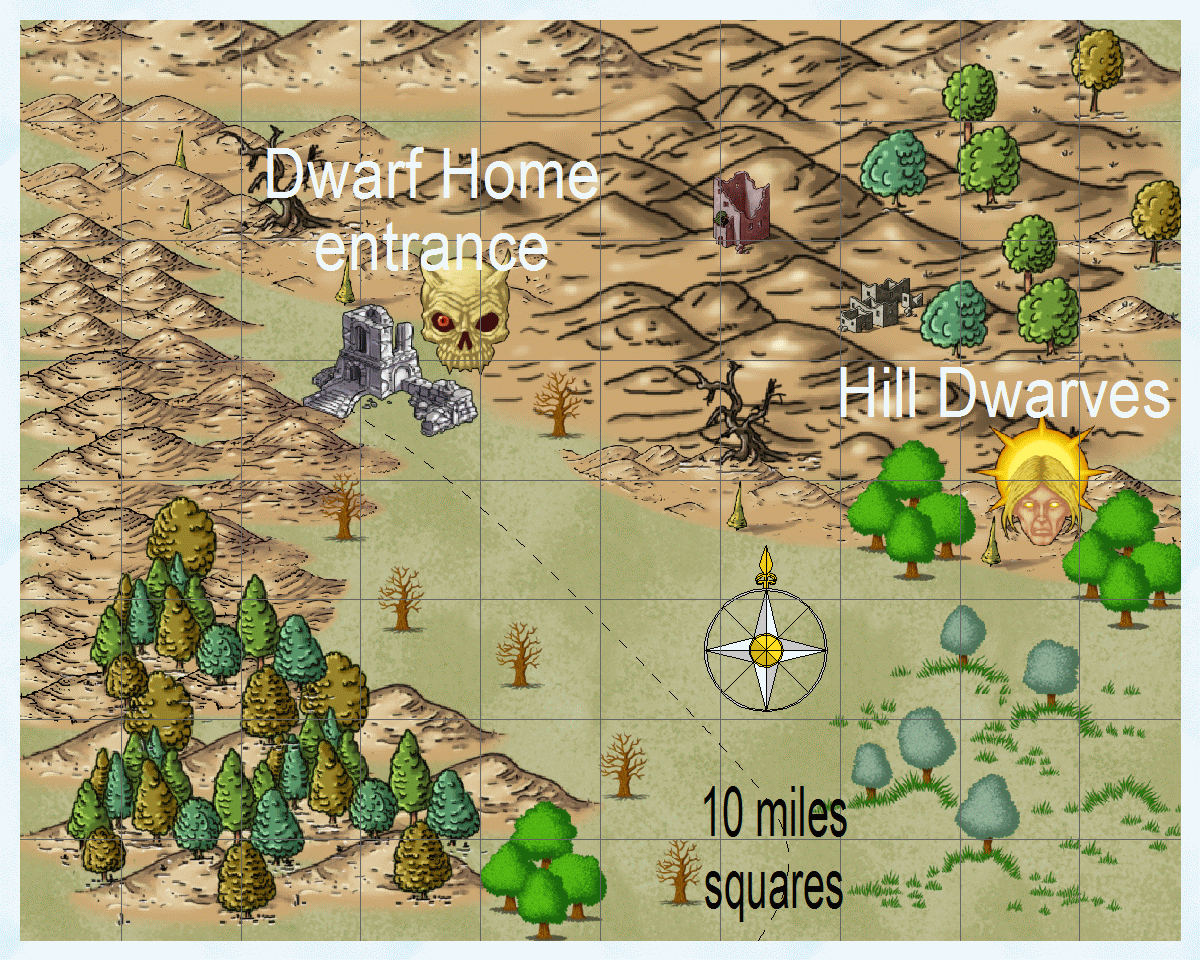 These walls don’t appear and disappear. They are solid, well, okay. The trees are part of the few that grow well in this area. Many are withered and distorted.

The stairs lead down into Dwarf Home. 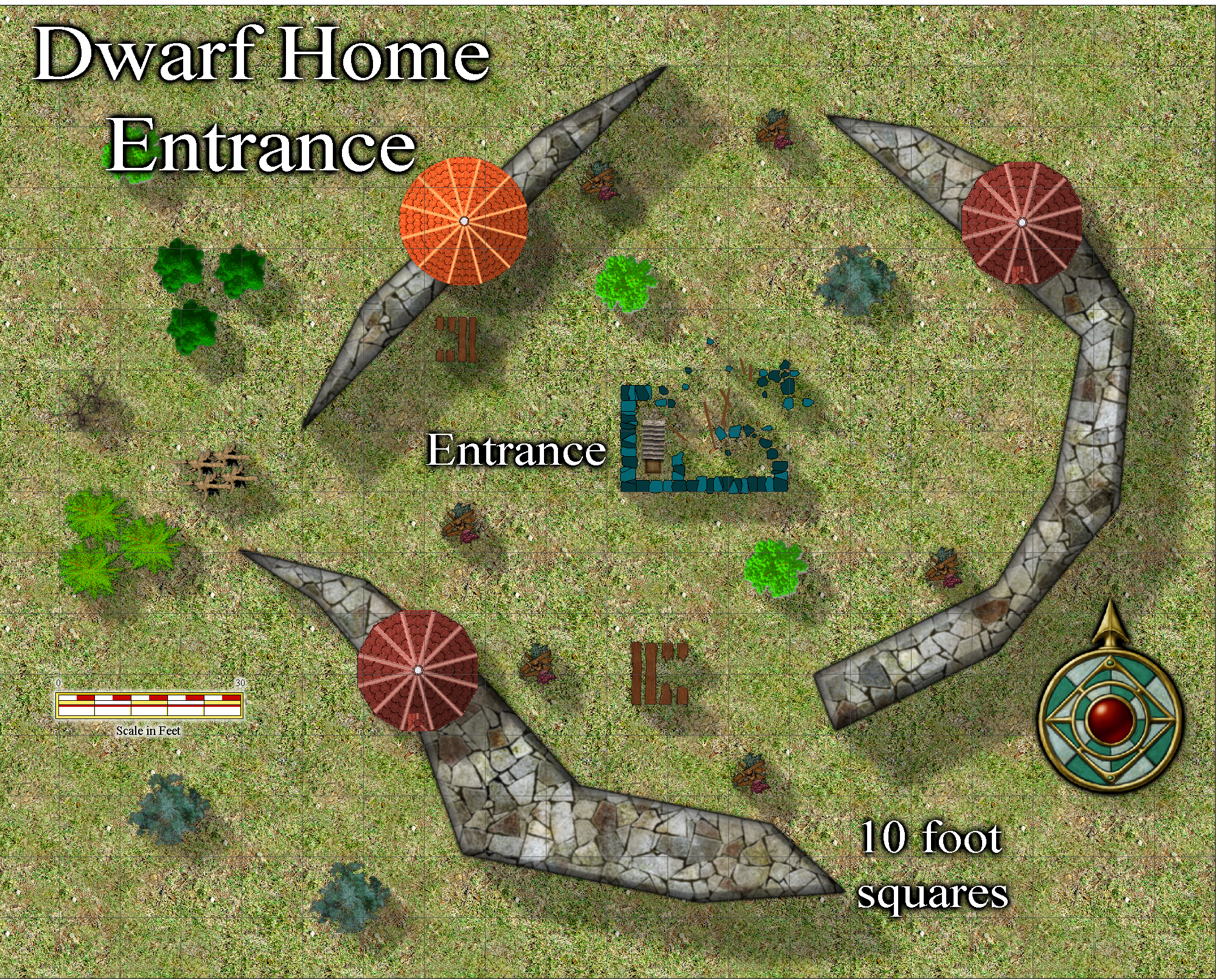 This is the original sketch map I showed my players. It is no longer accurate. 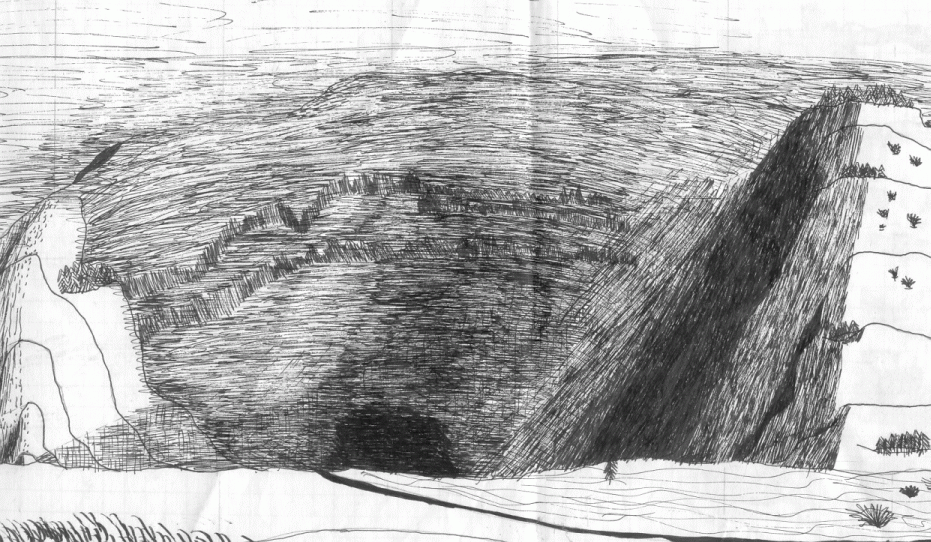