An island in the far south of the Outer Ocean. Ice surrounds it on several sides. The west side is free of ice most of the year. A deep warm current upwells out in the ocean, mostly keeping this side free of ice.

The west side has been used as an invasion route more than once.

The destruction of the Telkha-Nar-An People came about in this way. The ruins locations are where they once lived.

An explorer had come in and tried to tell the people there the horror he had seen, but they thought he was naming the mountains. So they added it to the map and he left.

The empty lands is the south-west corner of the Southern Continent, Bellshar 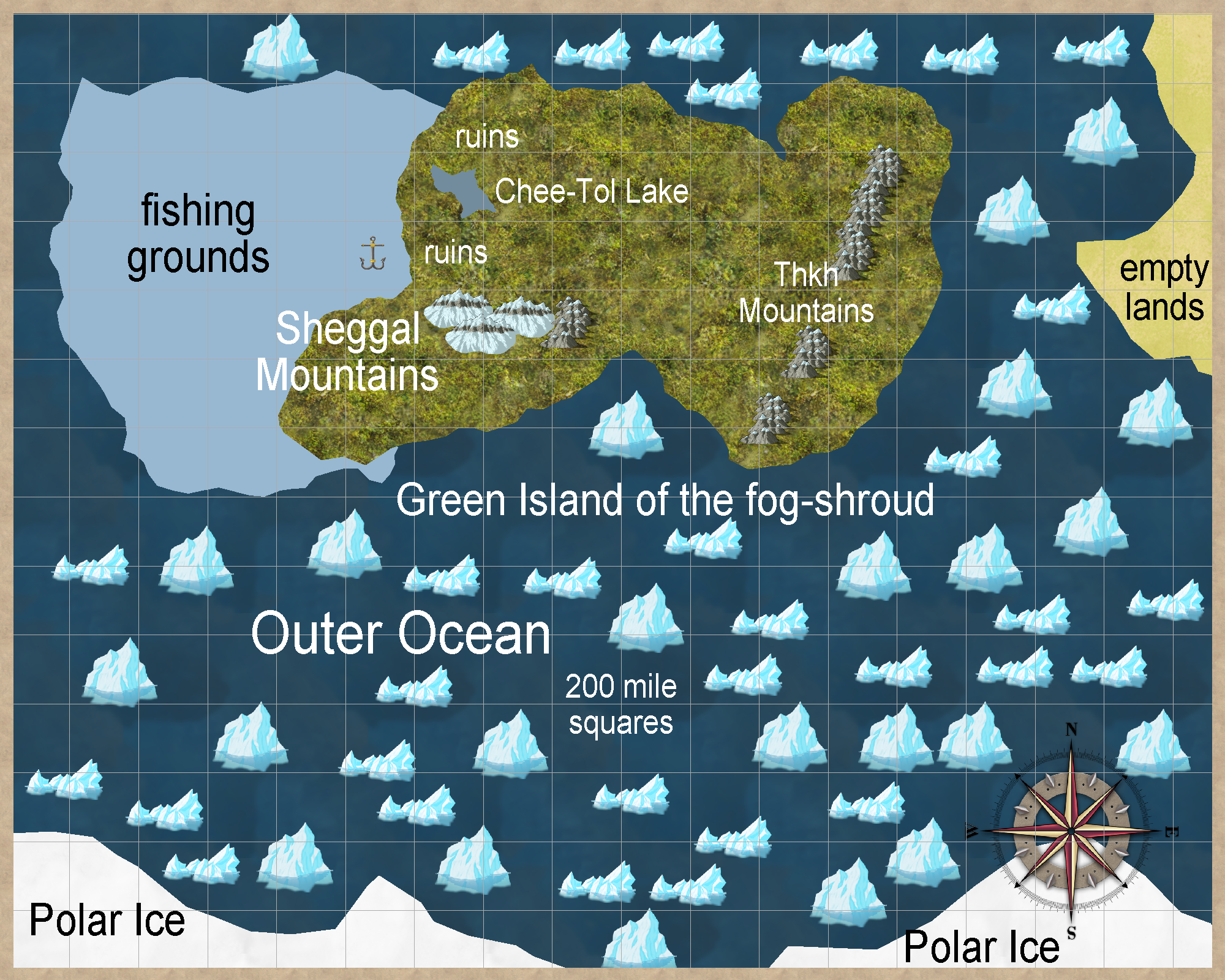 Detail of western part of this island. 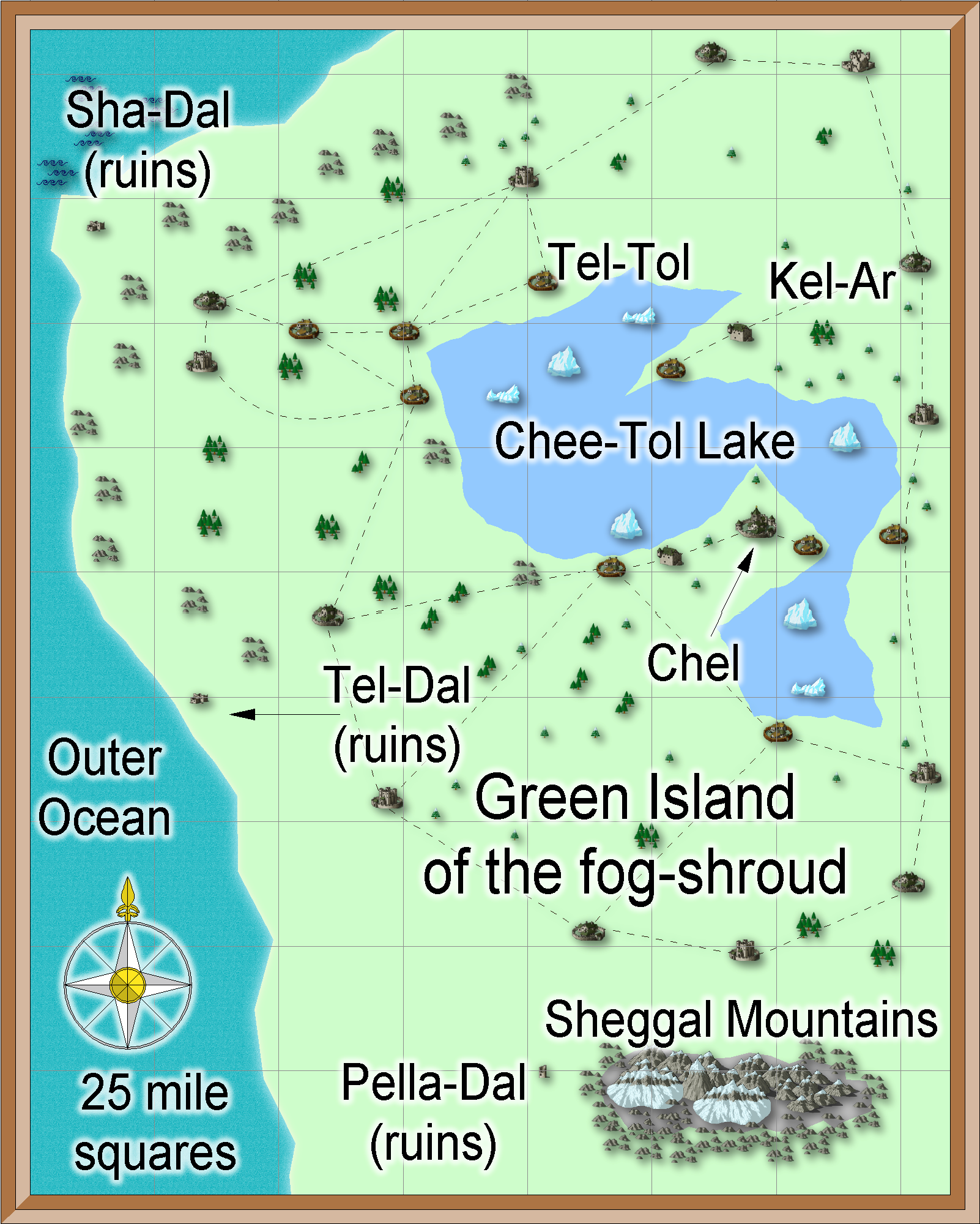