Eight of the islands have names. Adventurers landed on Tror, built a couple of villages. They saw many fish in the shallow areas. They decided this would be a good place to live.

They went back somewhere, and got lots of people to follow them here.

They vanished long years ago. Only ruins left. Except for that one tower on the unnamed island. Wouldn’t do for his enemies to teleport in, named island would help with that he supposed.

Two collapsed light houses guard the bay on Tesk. No sign of any other inhabitation on the island for them to be helping.

The adventurers, and those who followed them here, didn’t name these islands. Nor did the being living in the tower. He found sign boards naming them all, he got rid of the sign on his island. 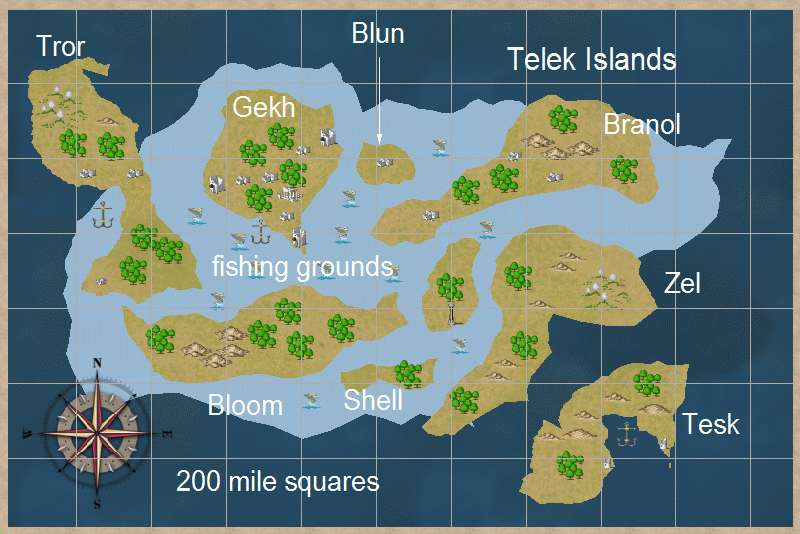