The only inhabitation is the Fortress of Grogo the Treacherous. Somewhere on these plains is supposed to be the once capitol of the former powerful matriarchy Licieria. Grogo controls this entire land and doesn’t like trespassers. He controls the only land trade route between Trillolara and Dank Forest. During times of stress he is very likely to predate on any merchant caravans traveling between Trillolara and Dank Forest. The Outer Ocean part of the sea trade routes are safe, but not that part of it that passes through the Sea of Ghanuu. The pirates on the Isle of Fools attacks merchants on that sea. (Alignments: Grogo is CE, the other creatures on the plains are likely N, NE, CE, LE, CN)

This area was the place of many large battles during the Fall of Licieria. Many large areas were laid waste.

That is what the Trillolarans know, but looking at the map shows there are other inhabitations here.

Grogo has prevented the regrowth and replanting of many areas now shown as Wastes in these plains.

What the players never learned is that Grogo is an Other and he doesn’t stay around here very much. Most of the time he is far down below, working on a scheme against the Sky God… who knows all about it. They think they do anyway. Who does all of the erratic and/or evil behavour ? His doubles and the Sky God Team. The Sky God Team are trying to destroy his credibility. Sort of a ‘Mad King’ scenario. Of course, he might know what they are doing, and doesn’t care… 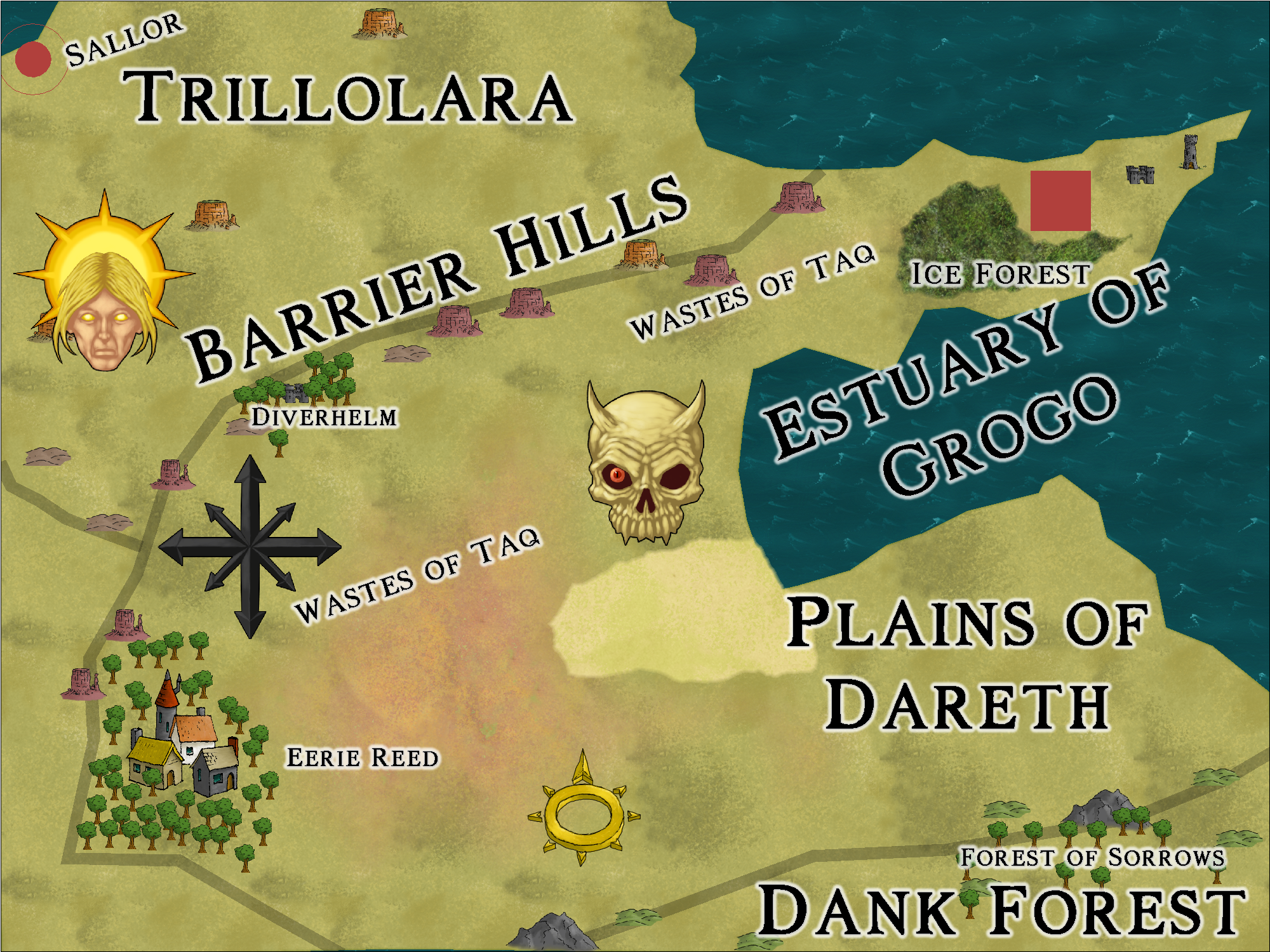