This land is a remnant of a once mighty kingdom that is encompassed by what is now Tanoria, Teslarc, and the Land of Strife, along with Groz. The kindgom was a friend to the fiefdom Trillolara, but is now concerned with mere survival. Tanoria and Teslarc have adventurers and adventure sites. They can raise armies if they need to, but Groz cannot. There are old abandoned castles and keeps here… they could hold treasures. But Groz is so weak militarily, these places might be inhabited by Evil. (Groz alignment: CG)

During periods of low rain, food is imported. Skull Bay is where the food shipments arrive.

The small ships are coasters, the large ships are from over seas. Parts of the Ruined Forest are paces of Evil. A few places of Good are also within it. The Tal Wasteland is rather unpleasant. Rumor has it that there some henges and ruined keeps in the depths of the waste.

Some of the cropland areas are more wishful thinking to the Royal Court than actual food growing areas.

While Ghost Forest is outside Groz, things do show up from there from time to time. They feed, and then leave. 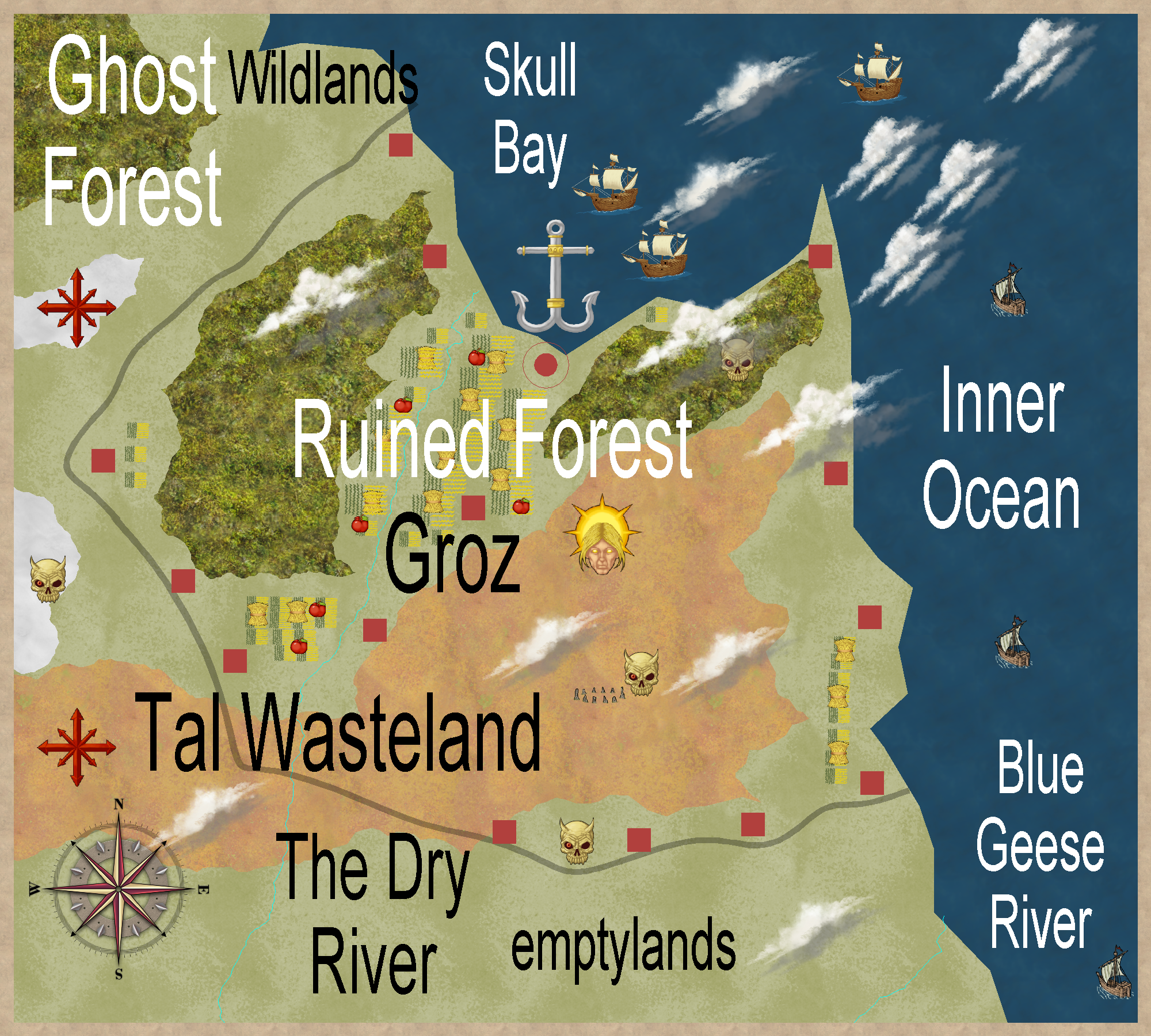