A country to the west of the Mountains of Death ( The Great Open is between Trillolara and these mountains.). The only certain thing known about them is they invade via Khzol Pass at irregular intervals. (Alignment: believed to be mostly CE)

A kingship, mostly but not always, hereditory.

part 1 of the capital city and part 2 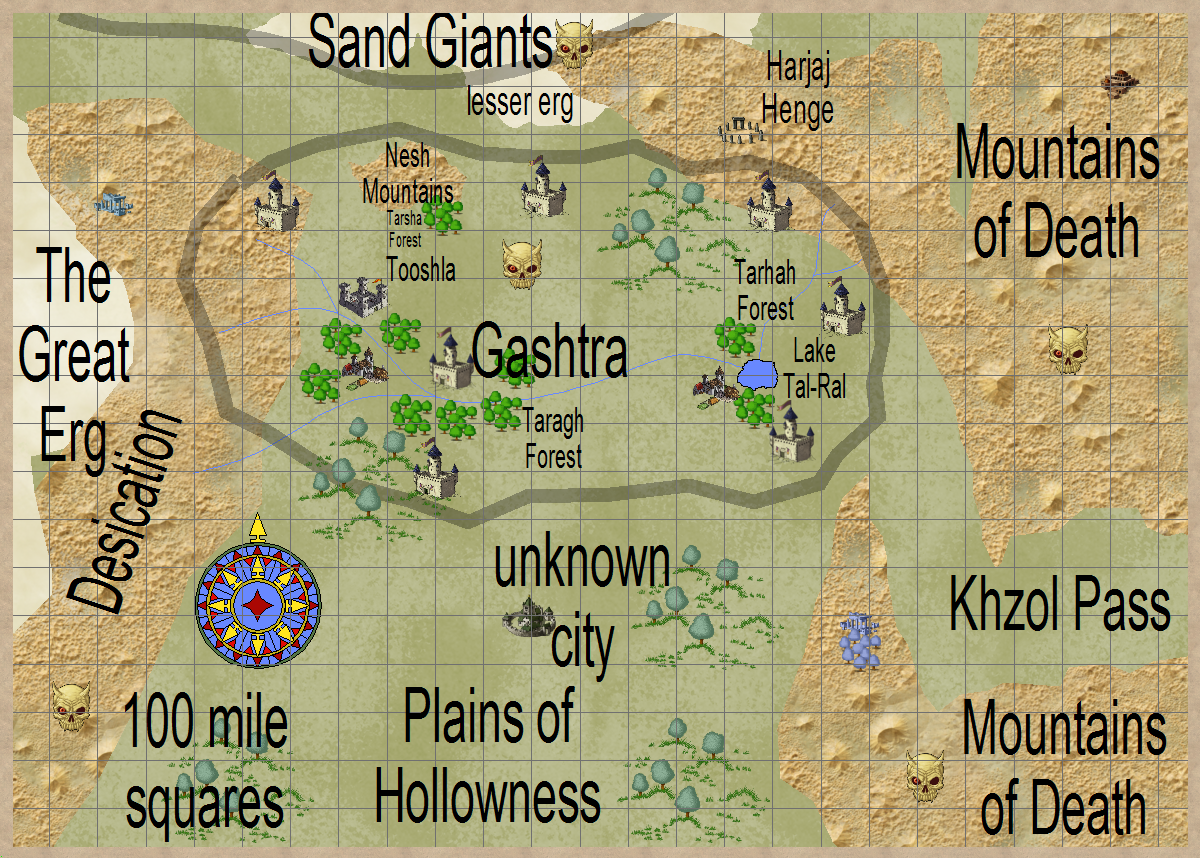 A not very nice nation to live in according to the Trillolarans.

It seems, from many outside viewpoints, that Gashtra has always been here.

Folk tales say they were good in the distant past. Most in this area feel its just a funny story with no validity.