The large island was originally divided up into 3 areas of influence, with some areas disputed or under no one’s control. The two evil areas didn’t get along. The good area was a loose confederation of small villages.

Arms and some armor, bronze. Composite bows and arrows with flint or bronze points. Spears are either 5’ or 12’ long. Phalanxes are an unknown. A few leaders have chariots, they are very expensive due to a low horse population. Most warriors have scale, leather, or studded leather armor. Chain is possible, but so expensive that only national leaders can afford it. That means there are only two sets of chain mail, in bronze. The Confederation has no chain mail.

Cloth and pottery skills are wide spread and good quality. Flax is grown for cloth, some areas have sheep and use the wool.

Most of The Confederation can read and write, few in the evil areas can do so.

Square Keeps are stone towers, castles are motte-and-bailey with only some stone work due to the expense.

Some mining goes on, but smelter fires of this era can only make small quantities of any metal.

Some places have wagons, but most folks have to hand carry their goods. Some usage of dog travois.

Some food grains are grown, deer and smaller meat animals are in the various woods in large numbers. Sheep are prized for their wool, rarely used as a meat animal due to there being too few for them to be used as a dietary staple. Three meals of mutton a month would be a large quantity.

There is an uneasy semi-truce between the areas.

Some small amount of trade between the groups, but all trade is done in the disupted areas and armed guards always attend. The road in Tantalow’s Territory leads to 2 mines. Map png has been enlarged and updated 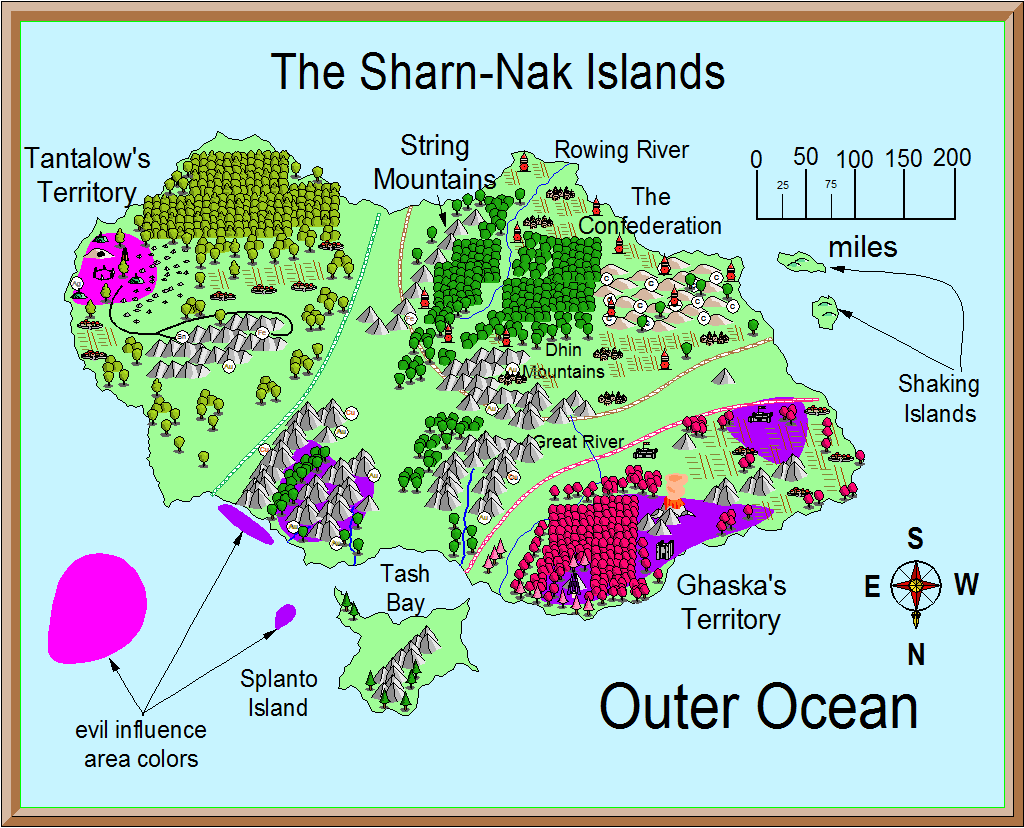 Mountains outside the above areas: Copper (Cu) and gold, (Au). There have been armed skirmishes over the copper as it is need to make bronze. Sometimes the skirmishes are between miners, sometimes between military groups.