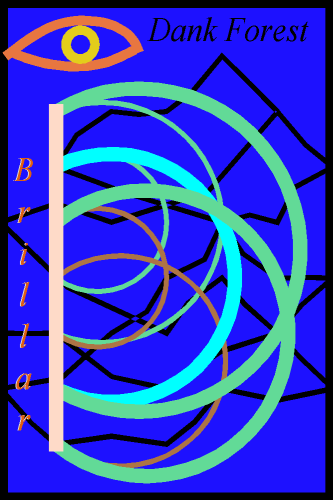 Dark Blue for the ocean that sustains them, the black wandering line of the first battle groups that went inland after the Green Cloud saved them to look for Evil and remove it from Dank Forest. The semi-circles of planned searches for Evil finished the cleaning of the land. The Eye to show they are on watch for Evil.

Note the Tooshla Henge north east of Brillar. The capital city of Gashtra, and evil nation, is named Tooshla. 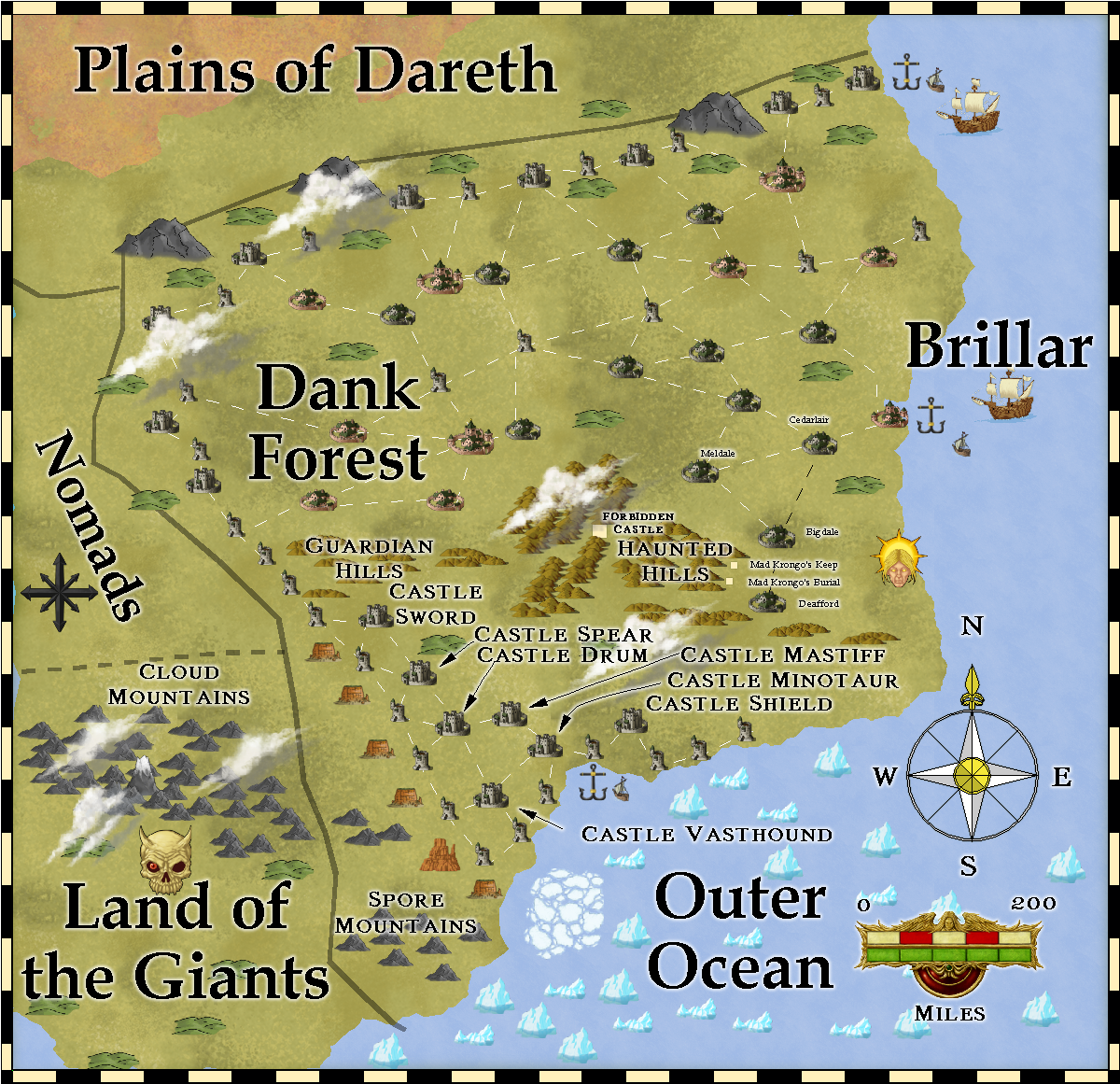 This nation is a total monarchy allied to Trillolara. Trillolara is Southeast of here. This land is covered by an almost continuous fog or rain due to a warm northerly and cold southerly sea currents meeting just off-shore. The king charges exorbitant taxes on any treasures found. The Capitol is Brillar. (Alignments: CG, CN) 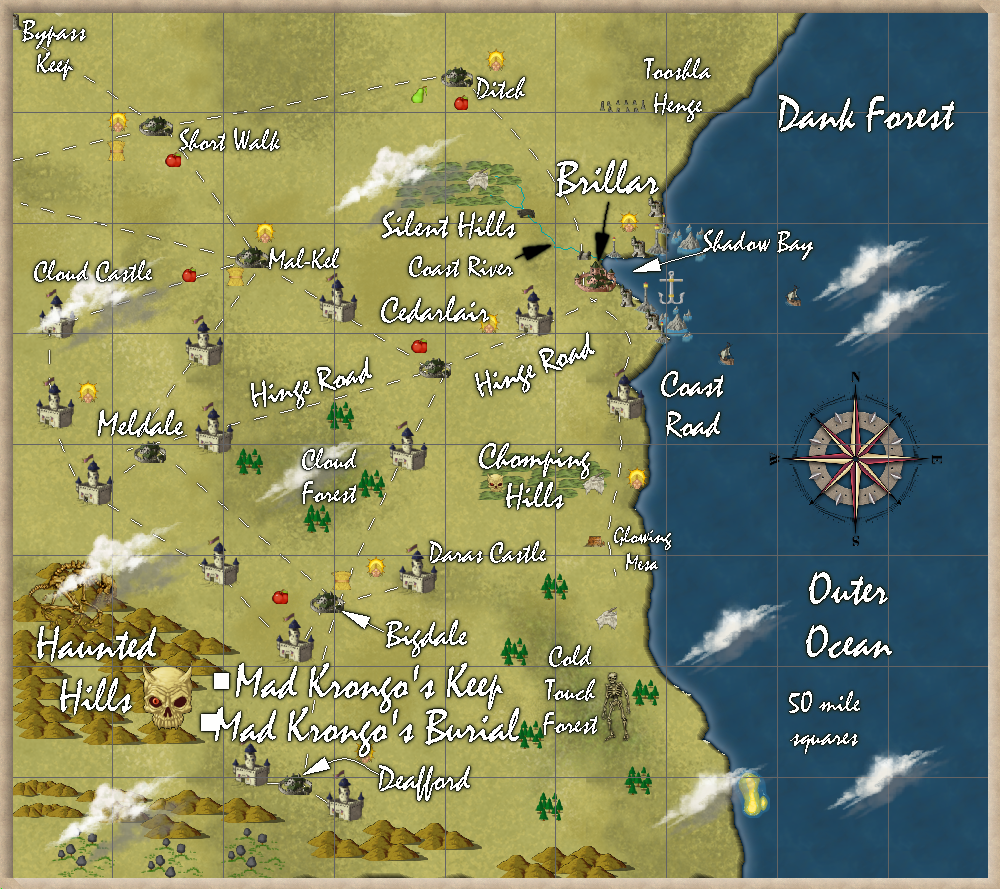 Mad Krongo’s Keep is the location of one adventure by a store game group. Its located in the central pass through the hills. Meldale and Bigdale are nearby villages. I cannot find the maps and info. I’ll have to rewrite them based on my notes.

Hinge Road goes inland, past Mad Krongo’s Keep, ruins, and on into the interior.

Why does Brillar exist then ?

The Plains of Dareth are controlled by Evil, so any imports must come by sea.