I might adjust the populations at a later date. Note that most towns have higher
populations in my game world than the equivalent would be on Earth during
the Middle Ages. Crestar is not a parallel Earth.

total population is about 120,000 in the villages, towns, and cities. This doesn’t
include monsters. Single tree symbols represent a small area of trees, from
1-10 acres.

Sea Star is the seaport ; Yeg has only an easily defended port area for resupply.

Beggar Woods is about 30 miles across.

Way Ut is the sea port. Way Ton has no ships.

The smaller villages on these islands have from 150-325 people. Some of the homlets, with a population of 50 and under, are there mainly as planting and harvest villages. There are caretakers, with the population increasing as folks arrive to plant crops or harvest food grown here. There are also many homlets of less than 100 people that are not mapped.

Roads:
Dar goes from Tarag Castle, Dar Castle, then Wasto past Field and Danno Castle and
ends at a watch tower

Tago goes from the west end of Tantalow’s Island past Yell,
Monto Crater, over the Great River, past Oro, over Loner River
and over to Sedo, Lower, and Kha, past Chelo and Karno Keep,
and ends at Tago City.

Lower Tago is less traveled. It goes from Tago Road over the
lower Loner River, to Blue, then lower Great River and stops
near the coast towards a lonely watch tower. For some reason,
many folks act like its unlucky to travel on Lower Tago Road.

Passages to Grand Harbor: While all 3 easily accommodate ships, Dar is over 3,000 feet deep. Strange rip currents can cause problems in Dar Passage for all but the sturdiest of ships.

a few Distances:
Seko Village to Taro Road: about 50 miles

From Lower to Upper: 50 miles

Tah River is about 60 miles long

X River is about 30 miles long 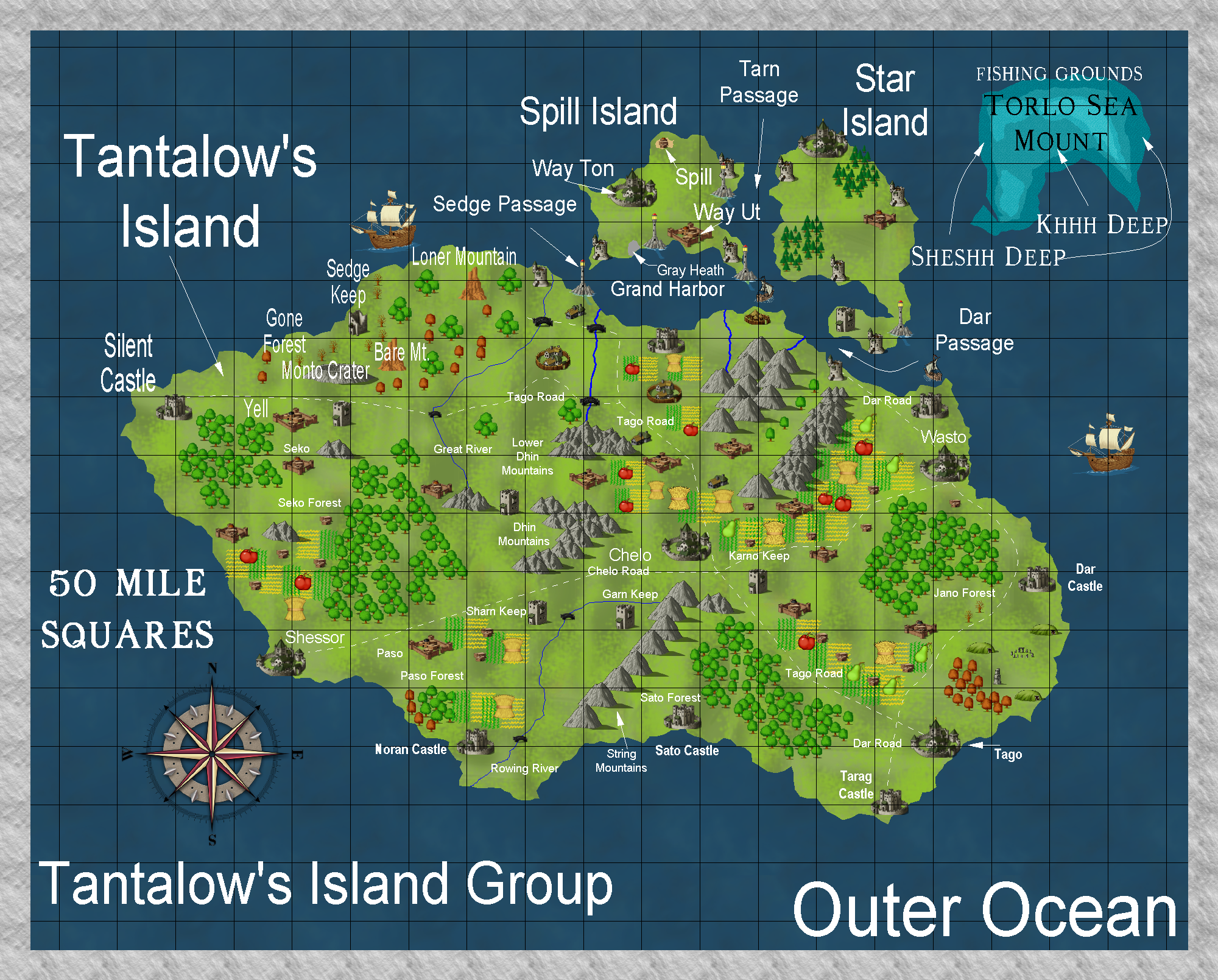