Some parts of the mud flats are safe to walk on, other parts are extremely dangerous. Both for the sinking of any heavy weight and the monsters. Note the waters around this evil castle drain into the swamp and some of the mudflats to the North.

Years ago some evil knights and magic-users lived here, they were attacked and destroyed.

Now an evil Illusionist, who dabbles in alchemy, resides here. The flickering torches used to rebuild this castle were seen by the folks in Lone. They decided it was ghost fires from the battles.

But the Illusionist is not alone. There are evil clerics, fighters, and magic-users here as henchmen and hirelings. Along with a few ‘lab assistants’. 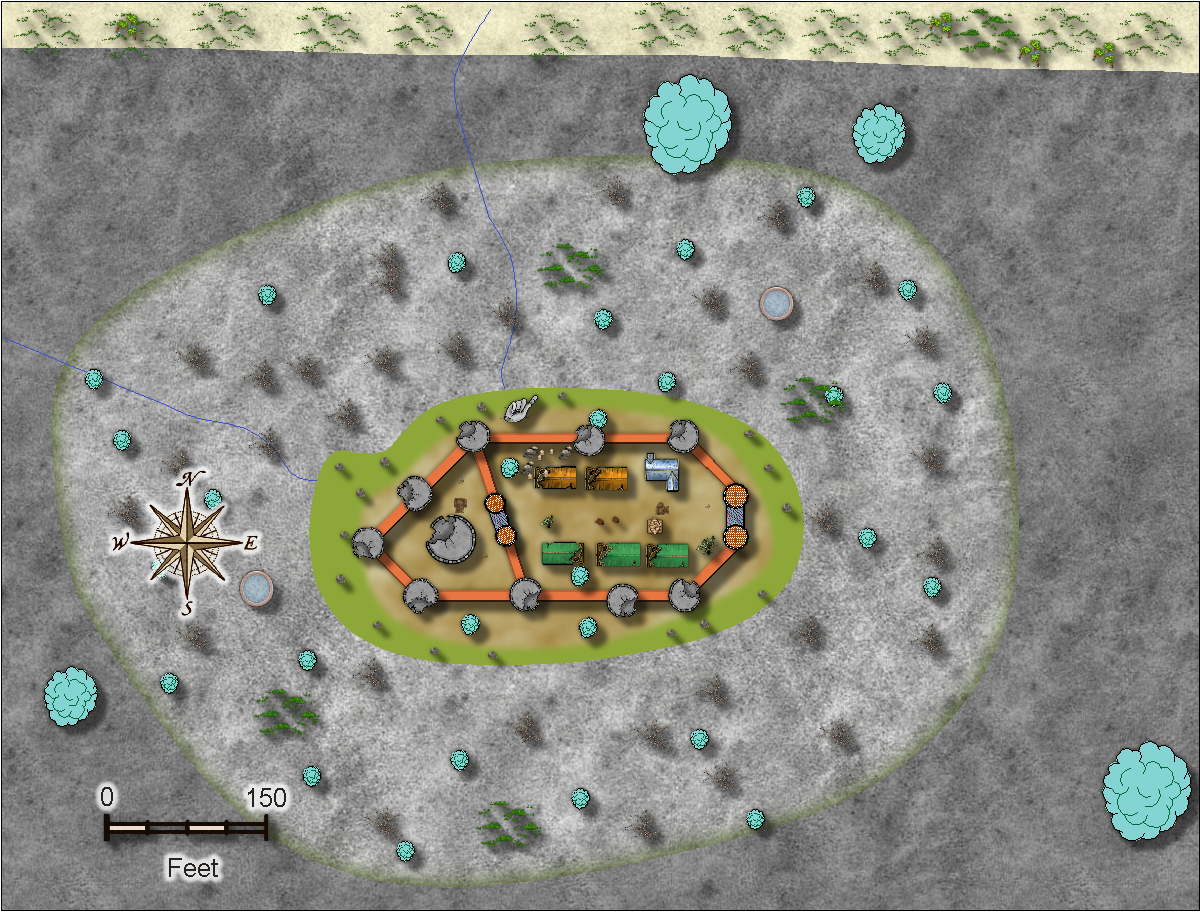