A large kingdom on the continent of Zor, in the Northern Hemisphere.

The Nomads are basically friendly with the rest of the kingdom.

Both groups defend these lands. That isn’t to say the Kingdom and the Nomads don’t have their disagreements, sometimes leading to a duel or a big fight. They both put those aside if there is an invasion.

The small white squares are major castles. The white circle is the capital. The red diamond by The Gloom is a major battle site.

Trade comes in via the Kralo Bay. Some slight amount of trade comes by land. Typically a few wagons.

The seaport on Karragh Bay is seldom used by anyone. Some say parts of it is haunted. The Shorn Forest name doesn’t refer to the trees. 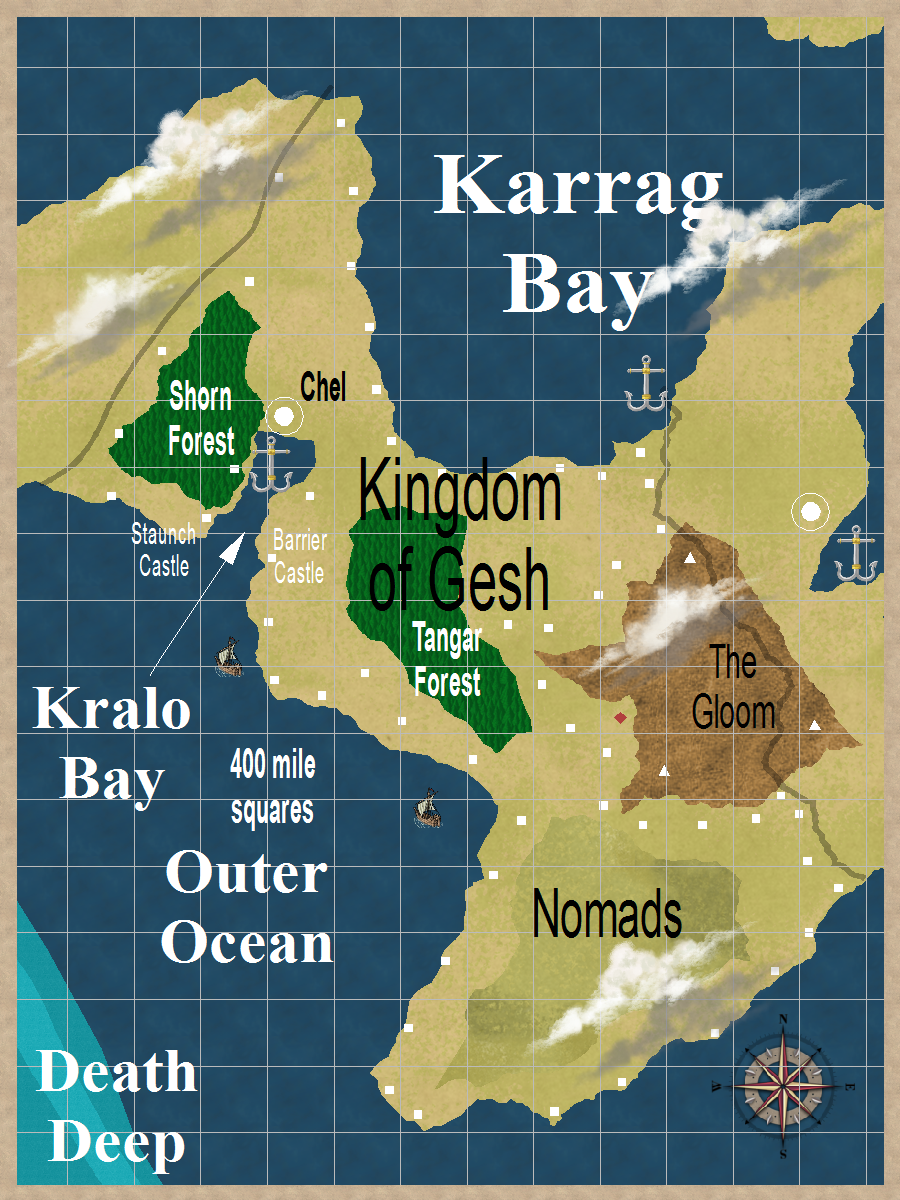