Why do all those locations have similar names ? 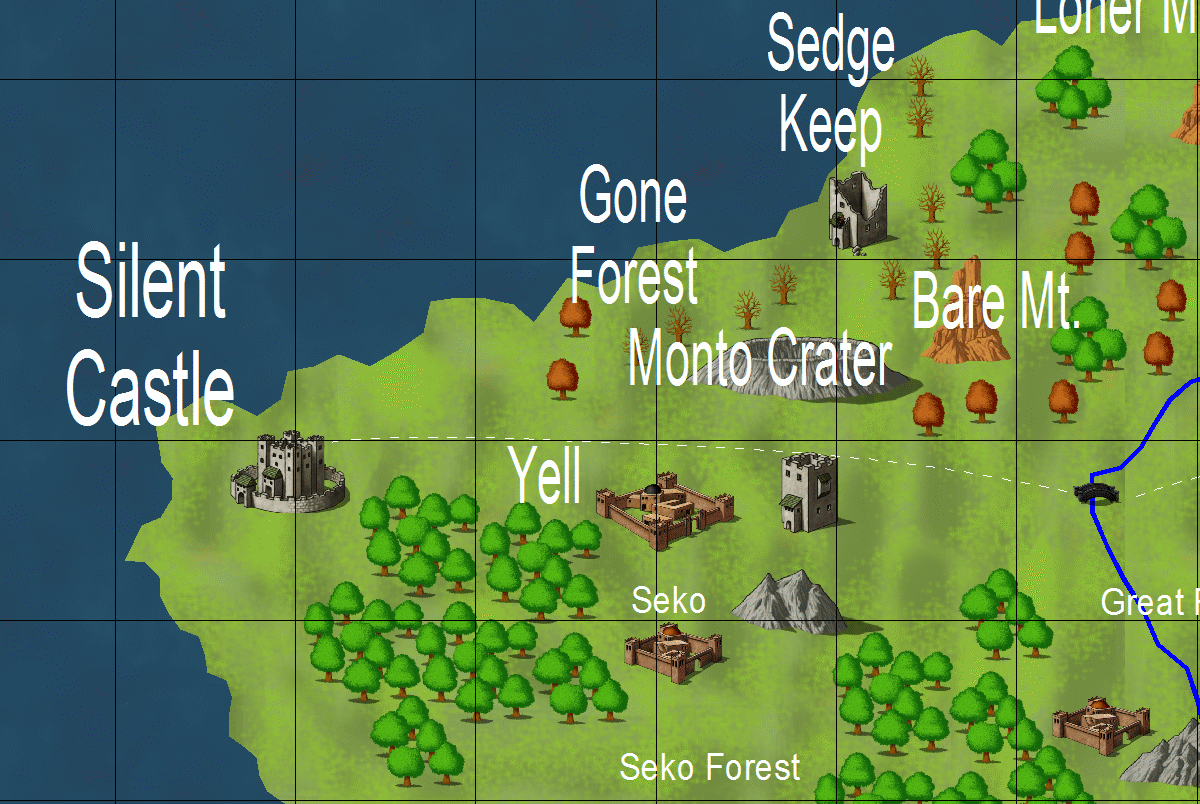 Seko and Sedge lived many years ago.

Seko wanted to call everything Seko after himself. It was pointed out that if he named all trees and hills Seko, folks might not be at the correct Seko to hear one of his speeches.

But Seko never named the farmlands after himself, the farmers had pitchforks.

Sedge has a passage into Grand Harbour named after Sedge. Along with Sedge Keep. The forest used to be called Sedge Forest, but after Sedge died it was called Gone Forest. And Sedge Lighthouse is abandoned and doesn’t presently have a name. A possible adventure area. I’ll think about working on it.

Why not change them to other names ? Someone, or some thing, that looks like Seko shows up if a name change is proposed. Sometimes as a person who can be touched, sometimes as an upset voice, and sometimes as a ghostly figure. Doesn’t have to be a public announcement… and the person or persons change their minds and leave it being called Seko after such a visit.

Sedge doesn’t appear, but as Sedge was the only one who apparently put a stop to Seko’s naming things, the items named after Sedge continue to be left that way, with the 3 above exceptions.

Yell village ? Yes, they go over and yell at the folks in Silent Castle. Still do to. They yelled at Seko to, when he tried to rename their village to Seko’s Other Village. What it was actually called, pre-Seko, is gone forever.

Just anybody yelling ? No, its a group of twelve people elected to the Yell. A very prestigious office.

There is much Pomp and Circumstance associated with this office. Gold braid, small bells on finely carved walking sticks, felt shoes, and other fine clothes.

Town Criers are just not in the same league as The Twelve Yell of Yell Village.

Some say Seko was going to rename Great River to Seko’s Great River… but a water spirit got upset and grabbed and tossed Seko into the river. Well, thats one of the stories told to explain Seko’s leaving and never returning. There are others, equaly believable. Hmmm… but water spirits do live in the Great River.