The below map of Burlan City-State was drawn using a different annual issue. The Never Dry River flows constantly, and has almost trapped adventurers looking for the X on the map they bought. The Winter Running River and the Rushing River are intermittent, only showing up during the rainy seasons. The former in the Winter, and the later in the Spring and Fall.

Down by the 4,300 feet marker, center of the map, there is the Trillusion ruins. Its a dungeon for one of my store games. I found the maps, but the room descriptions are still lost. I came up with new descriptions. Download on my downloads page.

The orange blobs are scree/loose rock areas. There are no loose rocks at the base of the cliffs. Upsurges in the Never Dry River wash them down to Emerald Firth. This City-State is named after the town of Burlan. The City-State is named for a small village, not the large seaport city. Legend has it that it was the first planned area in this city-state.

These City-States do mostly get along, but seldom have the capability to help each other in bad times.

Belan Escarpment is a large area of granite that rises above the local plain and hills. The Never Dry River comes out of a tunnel… the locals see nothing odd about this. Maybe they should.

The Greyfields are an ancient battlefield. A force of dwarves, elves, and humans fought against a group of orcs, gnolls, and giants. 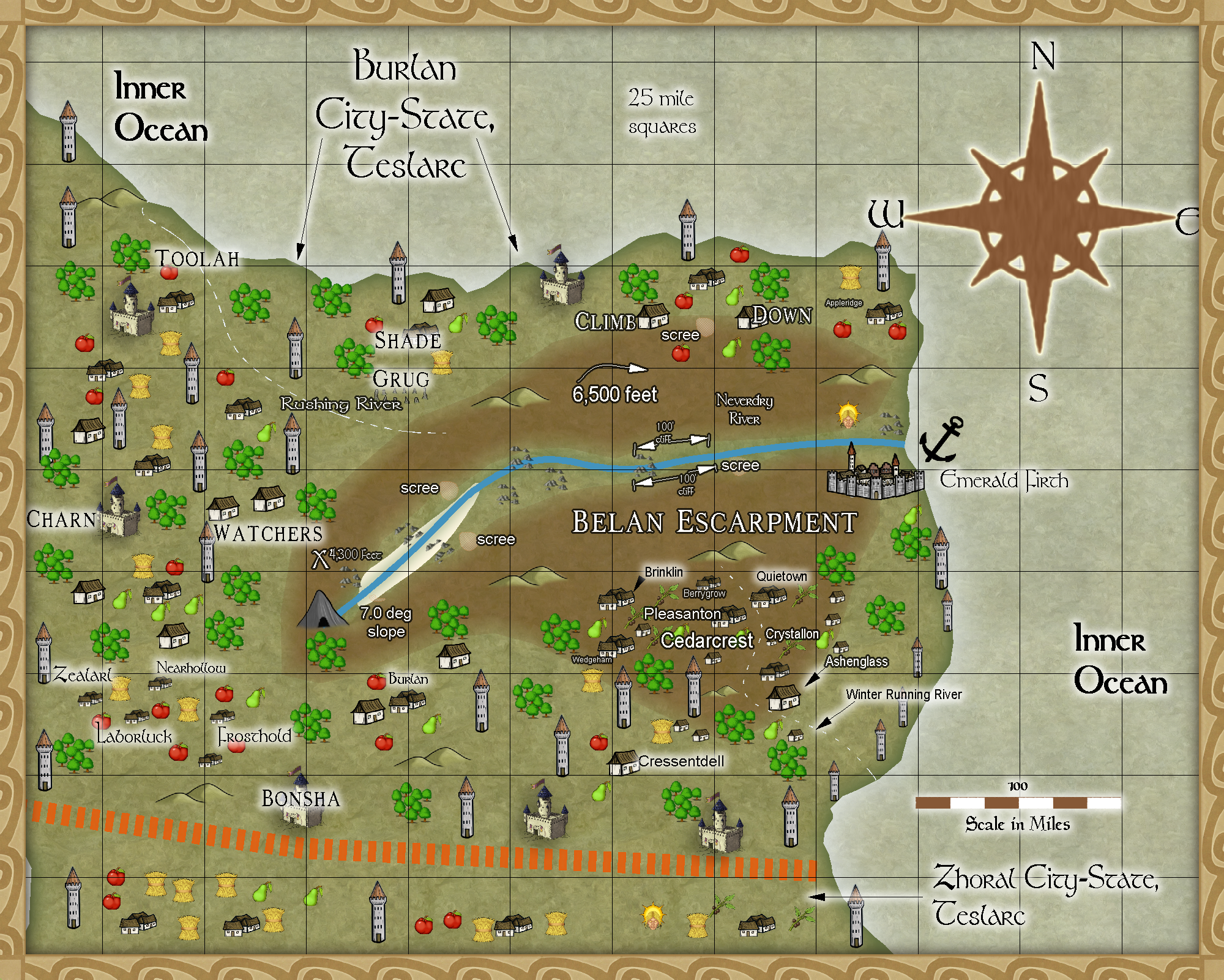