This is the area where most adventures took place, Trillolara.

1) Quasqueton [ ruins] from TSR’s B-1 module newmap and descriptions.

14) Fortress of Krag the Stout-Hearted. 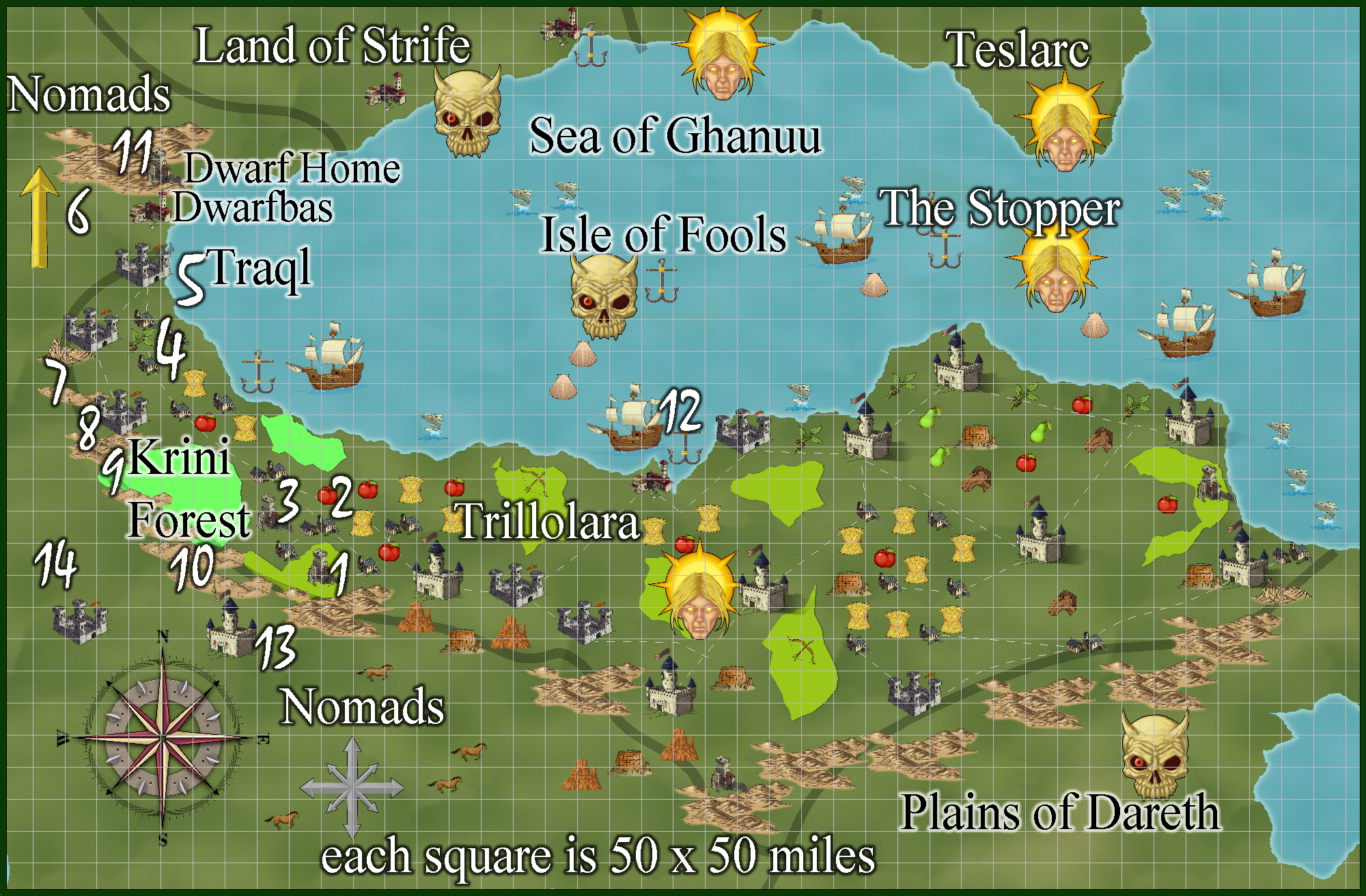