Mountains of Death is a mountainous area between The Great Open and nations to the westward; Gashtra and Noral. These mountains are unexplored, but are rumored to have a few small towns, undead, and Others located there. Of course, there are Others who look like anyone else… so they could be in a town or an Inn. While some don’t like being near those folks who now run things, some Others like to be around the new beings. Like humans. Which some Others resemble…

There are 2 sections to these mountains. North and South of Khzol Pass. The large areas near Kingdom of Ladtodquill are flatter than the rest of the mountanis. It isn’t obvious at this large scale.

The blue arrow is a cold current coming up from the south polar ice. 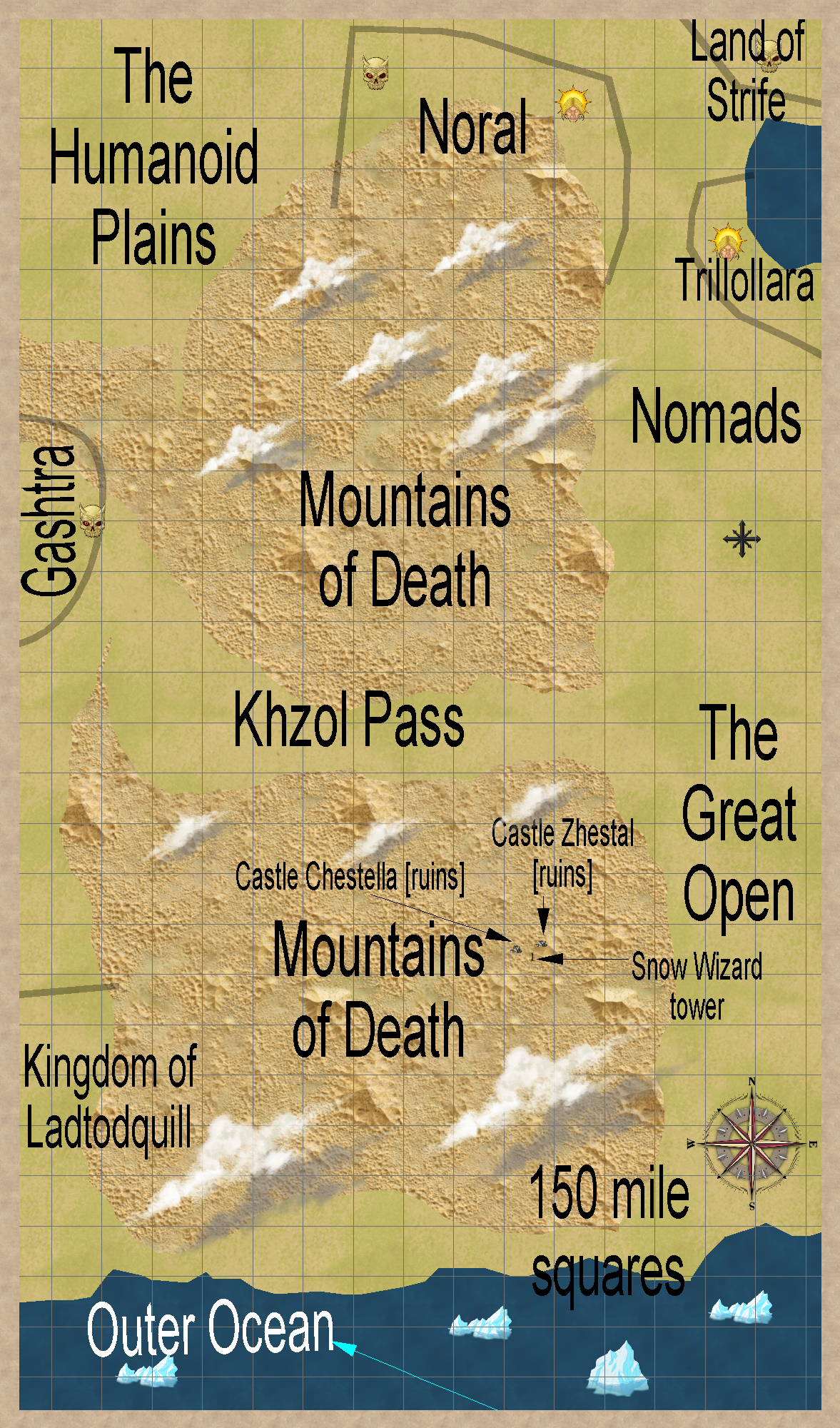