Celtan, named after its maker Chago Celtran. He lived sometime in Age 7.

Dartan, named by its maker John Shoethumper. He lived in Age 9, and developed the habit of thumping shoes and feet during battle with his mace.

A nose guard with wire cage, or nose guard, was added to some Celtan helms in Age 10, Year 127 by armorer Yalno Tak-Nok. 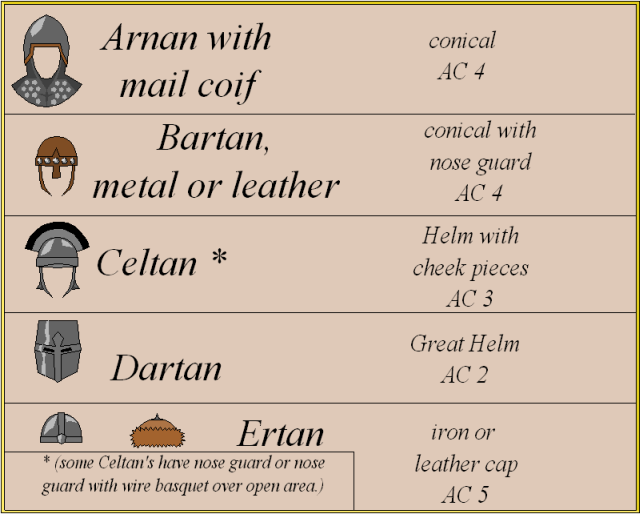