1) guard shack
2) boarding house
3) boarding house with some rooms for travellers
4) barracks for militia and military ( only 5 are in use)
5) public ponds and wells
6) watering troughs for horses or mules
7) farm land
8 ) private water supply, has 3 guards at all times
9) castle, has a token force operating it
( less than half of what should be there)
10) manor houses, minor nobility
11) pond, over grown
12) Sara’s General Store

Some odd street names ? Yes. Why are they named Control Road, Winder Street, and Clock Road ? Because in Ancient Times, they were part of a clock. The remains are buried around 20 feet down. Clock Road covers notches cut in rock, the path for a gear… The people who lived here long ago maintained the clock.

Sometimes a person traveling through the area will dream of a giant clock ‘tick tock tick tock’. Any mention of that to a local will get a shrug and then the traveler is ignored.

Do locals dream of Giant Clocks ? Yes, but they put it to too much food before sleeping for the night.

Does the long gone Giant Clock dream ? It isn’t here to be asked questions, it has vanished from Crestar.

Smaller than Bigdale, population is 450.

The walls don’t make a complete circuit, and there are lots of thatched roof houses along the main road through town. Two large Inns, across the road from each other. Meldale does have public ponds.

There isn’t much here. 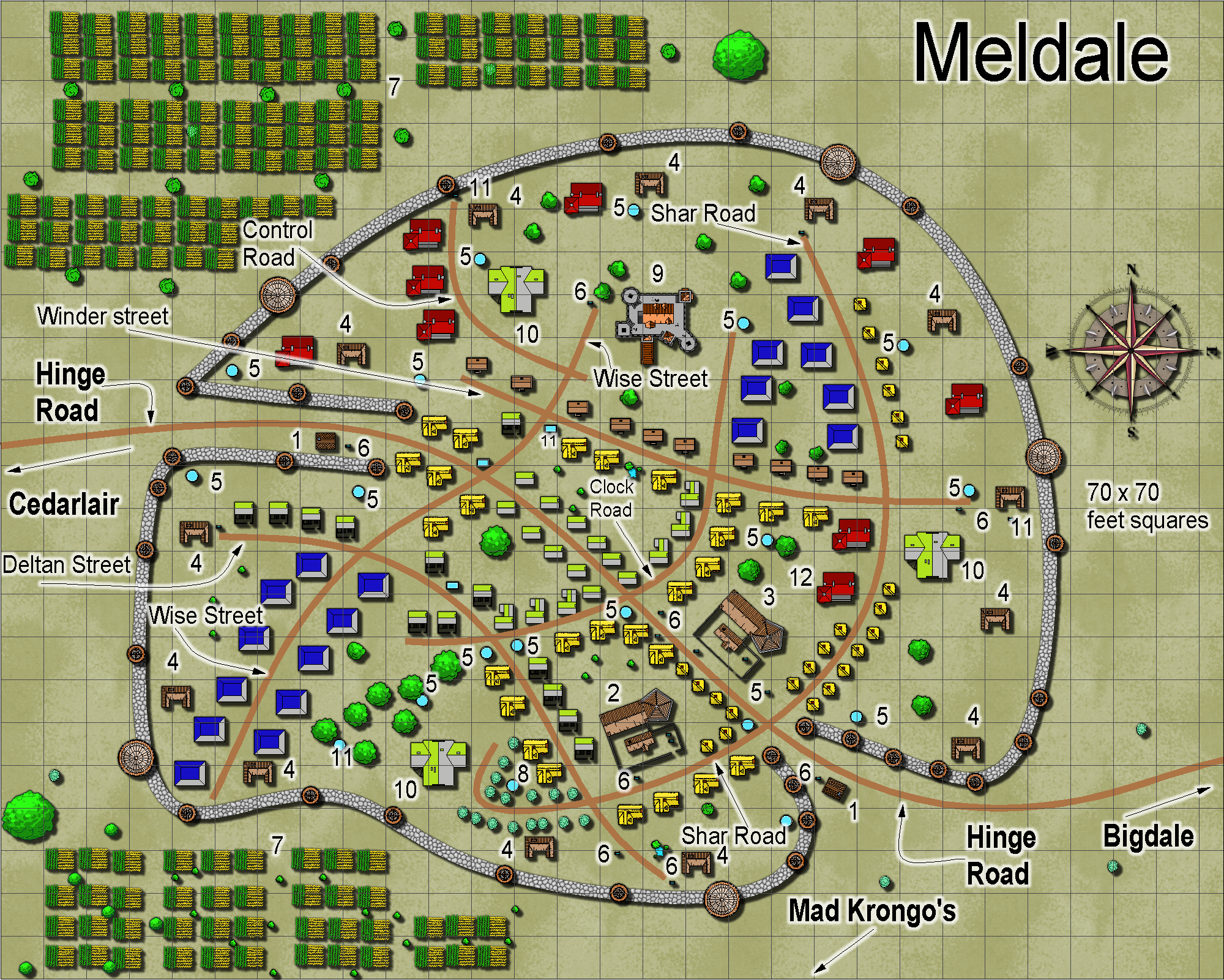